The Oklahoma Highway Patrol says they recovered the country singer's body at Kaw Lake on Monday. Strickland's widow took to social media to shed some light on her husband's final moments.

Craig was found today. We can finally rest knowing that he is at Home in Heaven with his Father. The night of the accident he had fought his way out of the water and up a hill before the stages of hypothermia set in. He experienced no pain in his final moments and simply felt like he was falling asleep. They found him lying in the shape of a cross looking up to his Father. Thank you to every single person who prayed for him and our family during this time. There was not a more peaceful way for him to go into the arms of our Lord, and I know your prayers had a role in making that happen. I know he saw Jesus at that moment when he laid down and walked arm in arm with Him into a better Everlasting Life. I love you with all my heart Craig Michael. #craigstrickland

Strickland, a 29-year-old vocalist in the country rock band Backroad Anthem, and Morland, 22, were duck hunting at Oklahoma’s Kaw Lake the Sunday after Christmas when a  fierce winter weather system was hitting central portions of the country. 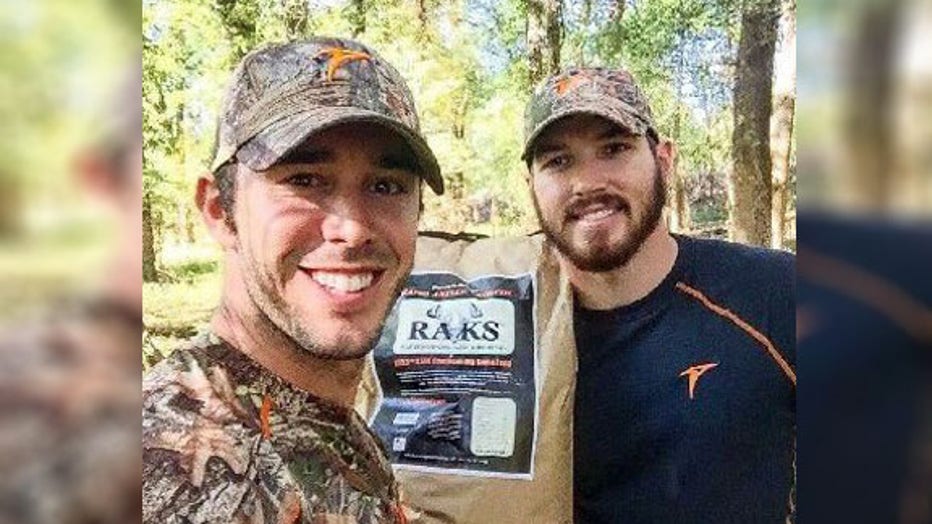 After relatives reported them missing on Dec. 27, state troopers found Morland’s body two days later at the lake where the friends’ boat capsized.

The weather at the time of the trip was dangerous with rain, sleet, snow and frigid wind chills as low as 15 degrees.

Morland acknowledged the weather in a haunting tweet before they went on their hunting trip.

“In case we don’t come back, @BackroadCRAIG and I are going right through Winter Storm Goliath to kill ducks in Oklahoma. #IntoTheStorm,” Morland’s tweet reads.

Morland's cause of death was determined to be drowning due to a capsized boat coupled with exposure, the Oklahoma Chief Medical Examiner's office said.