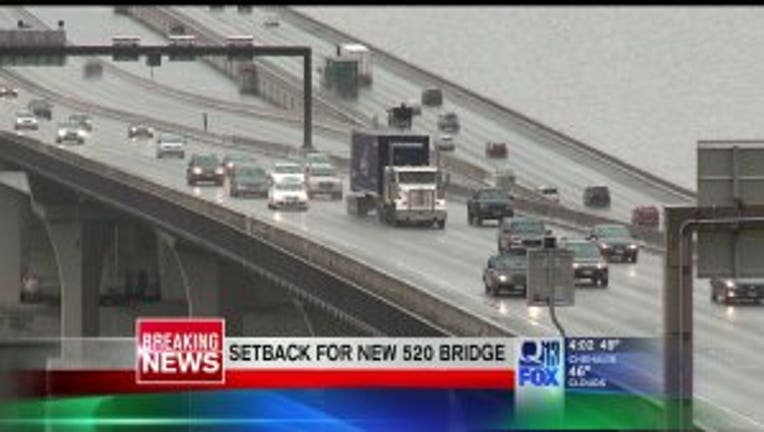 SEATTLE -- Underwater cracks have been found in the new pontoons under the State Route 520 Bridge and it will cost tens of millions of dollars to fix the problem, state Transportation Secretary Paula Hammond said Tuesday.

It will also delay the opening of the new, six-lane bridge.

Hammond said the big cracks are blamed on state design flaws and mistakes, but there are hundreds of smaller cracks that are blamed mostly on contractor handling of the pontoons.

This throws off the budget for the bridge, not to mention when it will be completed.

But there is a fix for the problem. Workers will use high-tension bands to reinforce the pontoons already on Lake Washington and those that are still being built in Grays Harbor County.

The smaller cracks are common in other floating bridges and can be fixed much easier with sealers, but the overall repair job will be expensive. In the end, it will cost tens of millions of dollars, possibly up to $100 million or more to repair the pontoons.

"We got a very good bid from the contractor. We were all concerned about the time element in delivery of this bridge. We were working as hard as we could to have concurrent processes that would allow us to open the bridge by late 2014 so that we did not experience catastrophic failure if there was an earthquake or a wind and wave action and so we were working very diligently on that time frame,” Hammond said.

“It did not mean that anybody inside our agency should have taken shortcuts on what they were doing and as they were responsible for this contract," she said.

Hammond also said disciplinary action will be taken against state staff members responsible for the mistakes.

She said the good news is that the fix isn't expected to exceed the state’s $200 million bridge contingency budget.

Hammond also said the state is unlikely to meet its December 2014 goal to open the floating section of the new bridge. “I’m hopeful the project will be done within 2015,” she said.