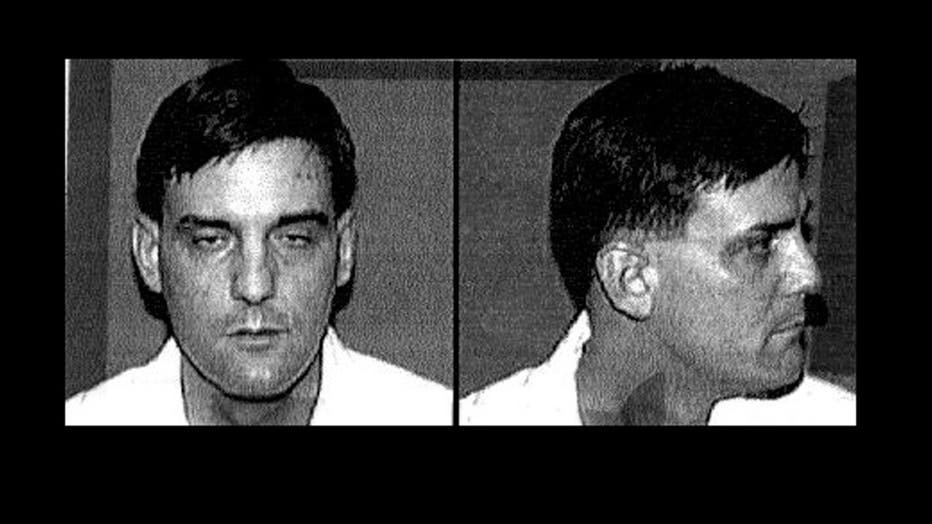 Convicted killer Scott Panetti was scheduled to be executed in Texas at 6 p.m. Wednesday, Dec. 3, 2014. The 5th Circuit Court of Appeals stayed the execution around 1 p.m.

(CNN) -- The 5th Circuit U.S. Court of Appeals has stayed the execution of Texas death row inmate Scott Panetti, who was scheduled to be put to death at 6 p.m. Wednesday, according to the court clerk's office.

Panetti's case has sparked debate for years over whether the state can execute someone who is severely mentally ill.

During his trial for the 1992 slayings of his mother- and father-in-law, Panetti represented himself -- dressed in a purple cowboy outfit -- and called Jesus, John F. Kennedy and the Pope to the stand. The now-56-year-old was convicted of shooting them to death at close range, in front of his wife and daughter.

Panetti has suffered from schizophrenia for 30 years, his lawyers say, and he was hospitalized for mental illness numerous times before the murders.

Though Panetti received initial evaluations of his mental health, his state of mind has deteriorated, his lawyer Kathryn Kase said. She noted in a letter to Texas Gov. Rick Perry that Panetti hasn't received a mental evaluation in seven years. Kase asked that Perry grant a 30-day stay to the scheduled execution so that that an evaluation can be done to determine if he understands his punishment.

It's not just Panetti's legal team that believes his execution would be a violation of the Constitution's prohibition of cruel and unusual punishment. Mental health professionals and advocates, members of the American Bar Association and representatives from the European Union have urged that he be spared.

More than a dozen conservative leaders -- including a Washington Times opinion editor and a Ronald Reagan biographer -- have also written to Perry, asking that Panetti's execution be halted and his sentence be commuted to life in prison.

"Rather than serving as a measured response to murder, the execution of Mr. Panetti would only serve to undermine the public's faith in a fair and moral justice system," their letter reads.

Ex-wife: He should never have stood trial

As a recent CNN opinion piece noted, Sonja Alvarado, Panetti's ex-wife wife and the daughter of his victims, filed a petition stating that because of Panetti's paranoid delusions when he committed the killings, he never should have faced trial.

"If he's executed there should be a sense of outrage," said Ron Honberg, legal director for the National Alliance on Mental Illness. "There's no question he's mentally ill. If this happens, the message would be -- 'we just don't care.'

"To execute him flies in the face of even supporters of the death penalty who say that it should be carried out with inmates who are the worst of the worst," Honberg continued. "It would be much more compassionate and practical to spend money treating inmates with mental illness rather than execute this man."

The Texas Board of Pardons and Parole voted 7-0 to deny clemency in Panetti's case.

There is still an appeal before the U.S. Supreme Court, in addition to the appeal the U.S. Fifth Circuit Court of Appeals granted Wednesday.

Panetti would be the 11th person Texas officials have executed in 2014.

The Fifth Circuit found in 2013 that Panetti was competent enough to be executed.

Lately, American society has been engaged in a conversation about mental illness and the role of the death penalty for inmates who are not of sound mind, Appelbaum told CNN.

"We've come to understand that there is no legitimate penal reason to put such a person to death," he said. "It's not likely to deter people from committing crimes and given Panetti's impairment, it's not a fitting punishment."