Court documents shed new light on a hit-and-run that left a 68-year-old man dead. Documents say the suspect ran him over several times, possibly in a case of mistaken identity

SPANAWAY, Wash. - Pierce County deputies have arrested a man accused of a deadly hit-and-run at a Spanaway Jack in the Box drive-thru, and court documents reveal that detectives believe it was a case of mistaken identity.

Deputies say on Feb. 26, surveillance footage shows 68-year-old James "David" Brown and his wife, Sheri, pull up to the drive-thru around 6:28 p.m. The 22-year-old suspect is seen on footage pulling up immediately behind them, skipping the order box. The suspect then bumps into the Browns' car three times, court documents say.

Investigators believe that the suspect mistook the victim's white truck for a different white truck that he saw near his girlfriend's home and began to follow it.

Both David and Sheri then got out of their vehicle, and David went over to the suspect.

Sheri told detectives heard the suspect yell something to the effect of, "tell your f------ boyfriend to stay away from my girl!" She went around their truck to find her husband, but couldn't. 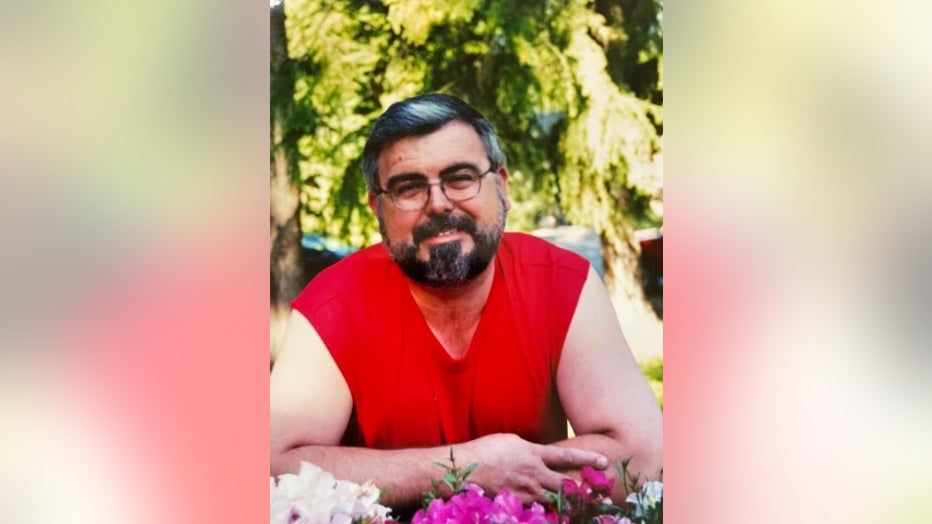 "That’s when the driver turned his wheels and ran over the victim," said Pierce County Sgt. Darren Moss last week. "At that point – it was one thing to run him over – but he decided to stop and reverse over him again before taking off."

The suspect then reverses and speeds off onto Mountain Highway E., surveillance video shows and witnesses confirmed.

Sheri said that she had never seen the car before and didn't know why this could have happened. Detectives said there is no connection between the Browns, the suspect, or the suspect's girlfriend.

The 22-year-old suspect is believed to have run over a 68-year-old man in a drive-through lane Saturday, while the man’s wife saw from their car.

On Feb. 28, the suspect's mother called 911 to report that her son admitted to the mother of his child that he had killed someone and left the scene.

The suspect was arrested on March 1 without incident and told a different story to detectives when questioned.

He told detectives that the car in front of him asked him to back up in line, so he did. He said the man got out and walked behind his car and didn't realize he hit the man when he backed up.

According to court documents, the suspect said he didn't know why "the man" (the victim) got out of the car and said that "he shouldn't have got out of his car."

When asked several times about the statement telling the victim to stay away from his girl, he said, "that may well have been" but didn't offer an explanation as to why he said that.

Court documents say that the suspect had a tow yard pick up his Chrysler Pacifica allegedly involved in the incident, but said he had it taken away for cash and denied trying to get rid of it.

The day before his arrest, detectives he was driving another car with the bumper of his Chrysler in the bed of the truck

Detectives confronted him with surveillance video and inconsistencies in his story, saying he repeatedly changed his statement.

He has pleaded not guilty to the charges.

The Brown Family created a gofundme campaign where his wife Sheri wrote, "We tragically lost our wonderful David this past Saturday, February 26th. He was a wonderful father, husband, grandfather and friend and is so very missed."