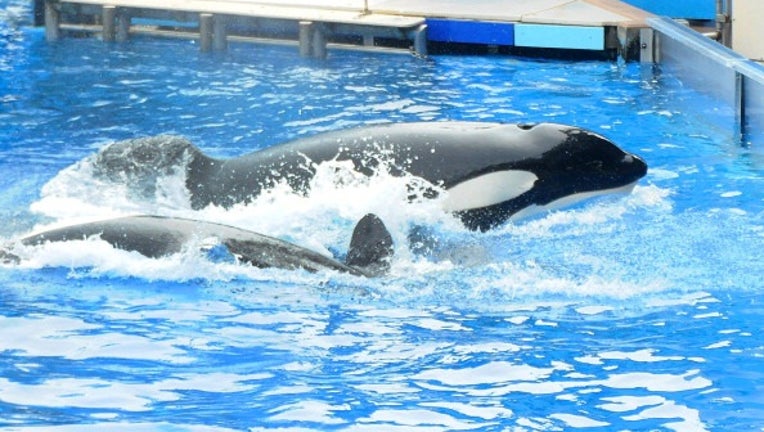 Killer whale 'Tilikum' appears during its performance in its show 'Believe' at Sea World on March 30, 2011, in Orlando, Fla.-- its first public performance since the six-ton whale killed trainer 40-year-old trainer Dawn Brancheau at the marine park o

WASHINGTON (CNN) -- In a closely watched ruling among those who criticize the captivity of marine mammals, the U.S. Court of Appeals for the District of Columbia Circuit on Friday denied SeaWorld's appeal of safety citations issued by the U.S. Occupational Safety and Health Administration after the death of a trainer.

A 12,000-pound killer whale named Tilikum four years ago dragged veteran trainer Dawn Brancheau into the water and killed her in front of a horrified audience at SeaWorld's flagship park in Orlando.

After her death, OSHA cited SeaWorld and restricted how humans interact with killer whales during performances. Those restrictions include a mandate that humans stay out of the water with killer whales unless there are physical barriers to reduce the risk of injury or death.

SeaWorld appealed but the judges, in a 2-1 decision, agreed with OSHA's measures.

"The administrative record establishes that SeaWorld did not lack fair notice because the hazard arising from trainers' close contact with killer whales in performance is preventable," judges wrote.

One judge dissented, saying OSHA is overstepping its bounds and has no more of a right to impose restrictions on a specialized industry like SeaWorld than it does to regulate tackling in the NFL.

SeaWorld said it was disappointed by the decision and has not yet determined whether it will appeal to the U.S. Supreme Court.

"Following the tragic death of Dawn Brancheau in 2010, we voluntarily deployed several new safety measures, including removing trainers from the water during shows. In so noting in its opinion, the court acknowledged that there will still be human interactions and performances with killer whales and, according to the court, the decision simply requires that we continue with increased safety measures during our shows," it said.

The Labor Department, which includes OSHA, said it was pleased by the judges' findings.

"The D.C. Circuit Court found that SeaWorld knew about the hazards associated with killer whale performances, and that the company did not adequately address those hazards," the agency said.