CHAMBERSBURG, Pa. -- A Pennsylvania couple says their baby's sonogram clearly shows someone watching over their daughter, according to WPMT.

The father, Zac Smith, was also confused by what he was seeing.

"This is distinct-- I mean, there's another face looking at my daughter!" Smith said.

"There's another face looking at my daughter!"-- Zac Smith

The expecting parents say while they are not very religious, they see a man dressed in a robe with a crown of thorns looking on at their baby.

Zac says the image made him emotional.

"It almost brought tears to my eyes... I was speechless, I just couldn't believe it, I really didn't believe what I was seeing," Smith said. 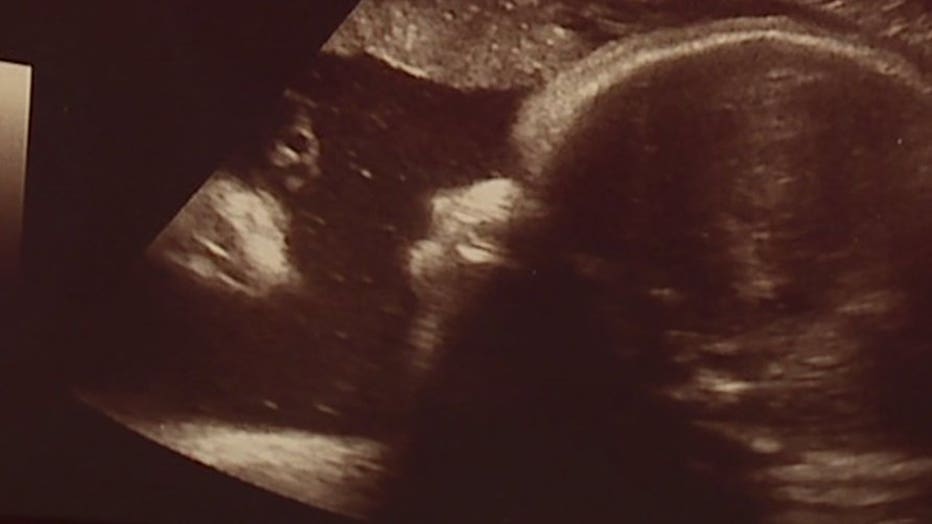 That image is putting them at ease after Alicia experienced a number of complications with her first two children. Her daughter was born with pre-axial polydactyl -- which means she has two thumbs on one hand. Her second child was born with a cleft lip and palate.

According to doctors, baby Briella looks happy and healthy.

"Once she said everything is good and we looked at the picture, I was like-- look, babe, we have nothing to worry about," Smith said. "The angel or God or Jesus, however you want to propose it, I look at it as my blessing."