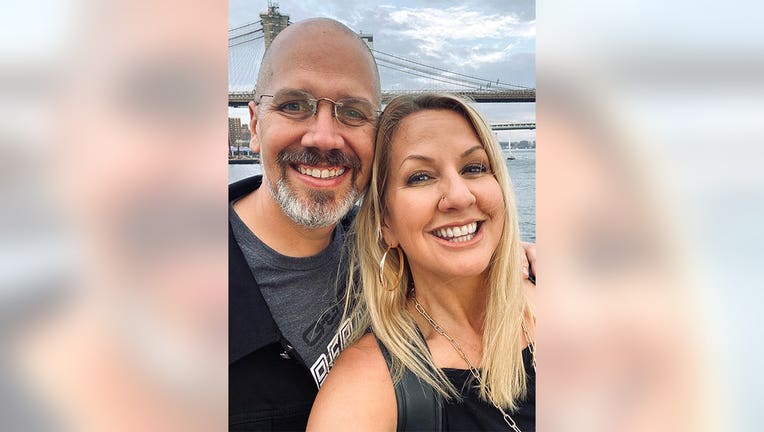 NEW YORK - With more than 30 years of marriage under their belt, one Virginia couple — Hannah Keeley, a master life coach, and her husband, Blair Keeley, a marketing professional — claim they’ve never had a single argument.

They also say they’ve never even raised their voices at each other, including while parenting their seven children, who are all now grown.

If these relationship claims raise a few eyebrows — and some of the experts Fox News Digital consulted say a situation like this sounds very "unusual" and "rarely achievable" (keep reading!) — the couple also share intriguing insights about the strengths of their partnership and practical takeaways others might glean from their experiences.

"Relationships are a skill, not a gift," the couple said in a joint statement to Fox News Digital.

"We decided from the beginning that our marriage was important enough to develop the skills of communication," the Keeleys said. "Our parents both have long-standing healthy relationships, [so] we learned what to do, and what not to do, by observing them."

While the couple admit they’ve gotten upset with each other from time to time during their three-decade relationship, they view "anger as miscommunication" — so, instead of feeding any feelings of anger, the pair choose to "fight on the same side," rather than be in opposition to one another, they said.

"There is no winning or losing in an argument," the Keeleys told Fox News Digital. 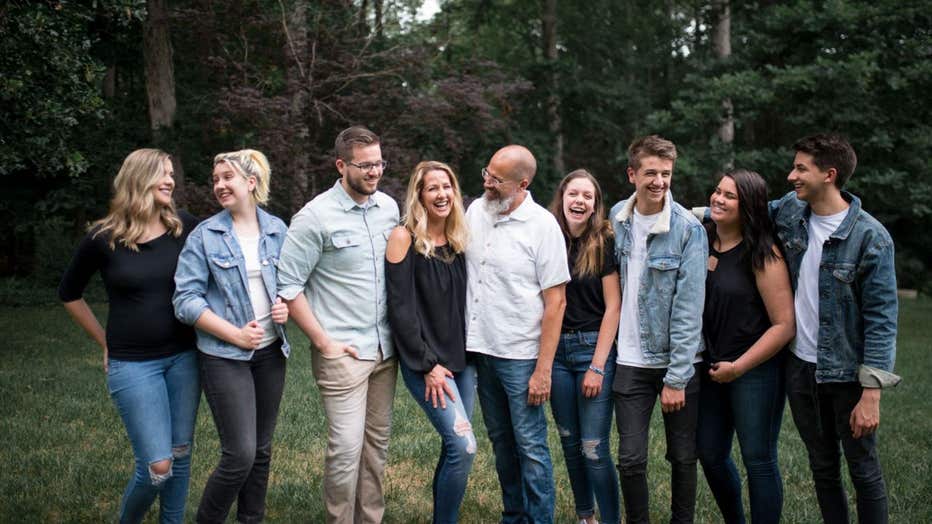 Hannah and Blair Keeley (center) got married in 1991 and are the parents of seven adult children (shown above). The couple shared unique conflict-free relationship philosophies with Fox News Digital. (Desiray Osier/Nowell Photo)

"An argument is there to expose something. If you resort to fighting, you’ve both lost," they said.

Here are 7 overall tips the couple shared in comments to Fox News Digital.

Arguing and yelling are behaviors similar to a child throwing a tantrum, the Keeleys believe. "You yell and scream at the easiest target available — your spouse," the couple said. "A marriage is not an arrangement of passion, but a partnership of power."

This is why, they said, they choose to communicate with each other before anger even has a chance to take root.

They share their feelings, expectations and the internal narratives they may or may not have created during the times they’ve gotten mad at each other.

Tip No. 2: ‘Challenge each other to grow'

Hannah and Blair Keeley also turn to their faith when they face challenges, they said. This includes consulting the Bible, including a verse from Deuteronomy 32:30, which says that "one man will chase a thousand and two put ten thousand to flight."

"This is the principle of multiplicity," the Keeleys said.

"If a marriage is a relationship between two people who are trying to fix and ‘complete’ one another, it is usually a strained and weakened partnership," they told Fox News Digital.

"However, if a marriage is a relationship between two complete people who challenge each other to grow, that is a powerful and peaceful partnership. If someone makes you happy, that’s dangerous. If they make you happier, that’s beautiful."

Other principles they say they’ve learned with the help of their faith include accepting personal responsibility and practicing a "cooperative partnership, not a hierarchical relationship."

A cooperative partnership encourages "collaboration and mutual honor," they believe.

Tip No. 3: Read the body language

For couples who want a more harmonious relationship, the Keeleys recommend listening without interruption and reading the other person's body language.

"Look at how the person is holding their body and maintaining their gaze," they told Fox News Digital.

"Look for the pain or fear that the words may not be able to express," they went on.

Tip No. 4: Never go to bed angry (but not for the reasons you think)

Hannah and Blair Keeley insist it’s important for couples not to go to bed angry. That's because nighttime is when humans often encode their cognitive experiences from earlier in the day.

In the couple's own words: "Anger toward your spouse can easily turn into a belief if you don’t manage the thought prior to bedtime. How do we do this?"

They continued, "Always affirm the love you have for that person, even if there is no resolution. The ultimate conflict resolution is making the conscious decision to love."

Romantic partners need to steer clear of the word "should," the Keeleys also said, if they want to have a successful relationship.

"Holding the thought that your spouse ‘should’ be different is arguing with reality," Hannah and Blair Keeley wrote.

"If you do that, you will lose 100% of the time. Understand the greatest display of love is allowing freedom to exist without expectations."

The Keeleys first met in 1986 during their first year of college at Furman University in Greenville, S.C. But sparks didn’t fly until they got to know each other three-and-a-half years later.

That's when Blair Keeley found Hannah’s lost sketchbook — and asked if they could catch up before they graduated.

After graduation, Blair went to Saudi Arabia to work with a news agency for Desert Shield, while Hannah started graduate school in Columbia, S.C. The couple wrote letters to each other all that summer.

Currently they live near Richmond, Virginia; their seven kids' names are Kelsey, Katie, Kyler, Karis, Korben, Klara and Kenna. The Keeleys believe that at least some of their success as a married couple can be attributed to the time and dedication they gave each other early on.

Tip No. 7: Don't sabotage something good

"People don’t have to believe we have never fought. It doesn’t bother us a bit," the Keeleys also told Fox News Digital.

"Those closest to us, the ones who live under our roof and see us 24/7, certainly believe it, and that’s all that matters to us — that we are making an impact on those who love us the most and know us the best."

When asked for other thoughts about those who might question their strife-free relationship, the couple considered that society might have conditioned people to believe fights are an unavoidable aspect of relationships today.

"If we believe we can’t avoid something, we will sabotage our own personal efforts to achieve any evidence that is in opposition to that belief," the Keeleys said.

"Maybe the very best thing you can do for your marriage is believe that harmony in that partnership is not only possible, but easy to achieve."

The experts weigh in

"In the relationship gamut, never having a single argument would fall on the more ‘unusual’ side," said psychotherapist Dr. Daryl Appleton, who practices in New York City and New England.

"For obvious reasons, this can be really healthy because we see two people still in love after 30 years with little to no turmoil. On the other side, we know that never having a disagreement or passionate differences can be unhealthy because it begs the question: Can everything in life actually be agreed on?"

Appleton believes couples can have healthy and respectful arguments when they actively listen, share responsibility in problem-solving, make actionable follow-through steps and use "I statements," such as, "’This made me feel X' or 'I perceived the events as Y.’"

Appleton said, "The goal of a healthy relationship should not be to avoid fighting, but instead be able to disagree in a way that allows for problems to actually be solved and for our partners and ourselves to feel seen and heard."

Instead, they should have calm, constructive and emotion-centered debates in order to discuss topics healthily without escalation.

"Couples who claim to never argue are either so well-matched that they never have a disagreement or open conflict — or they both have a tendency to withdraw from conflict and avoid open conflict and displaying uncomfortable emotions," Thewes said.

"Both partners could be so self-regulating that they handle everything with calm and empathy, but this would be an anomaly rather than the norm."

Thewes continued, "This isn’t necessarily unhealthy, unless it is manufactured or due to each partner having a fear of emotional conflict and therefore avoiding it and never dealing with issues."

He finished, "If a couple can resolve all of their issues with calm communication, then that would be the ideal, if rarely achievable, condition."

Cortney Moore is an associate lifestyle writer for Fox News Digital. Story tips can be sent on Twitter at @CortneyMoore716.