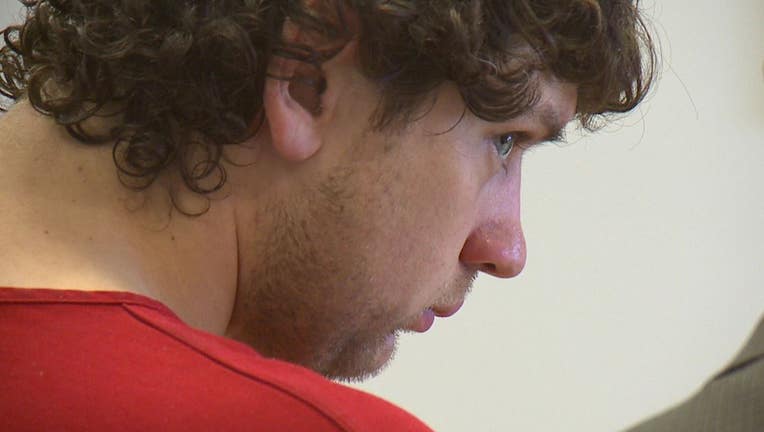 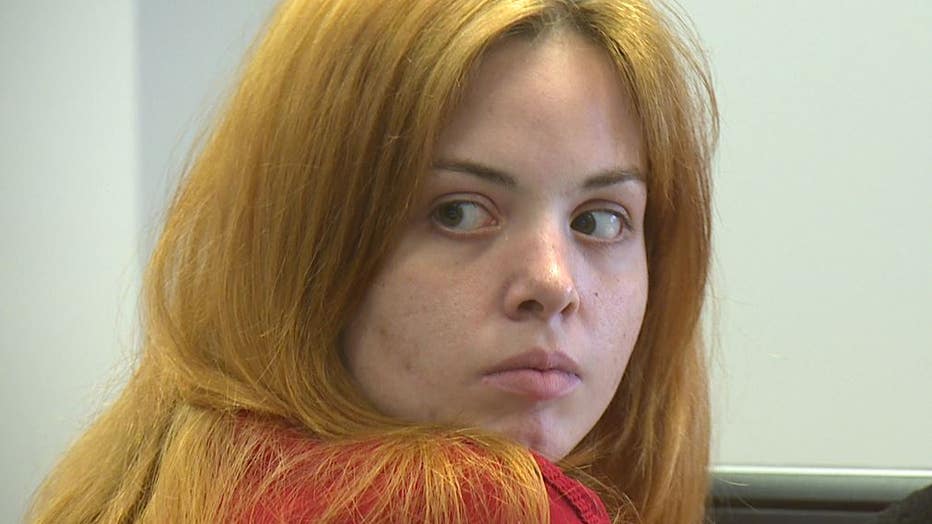 CAPTURE UPDATE May 20, 2015 -- Little Bernie Howe III and Lisa McCambridge were both arraigned Wednesday and entered 'not guilty' pleas. Howe’s bail was reduced to $20,000. McCambridge was granted release on personal recognizance but not until May 26 for inpatient treatment. 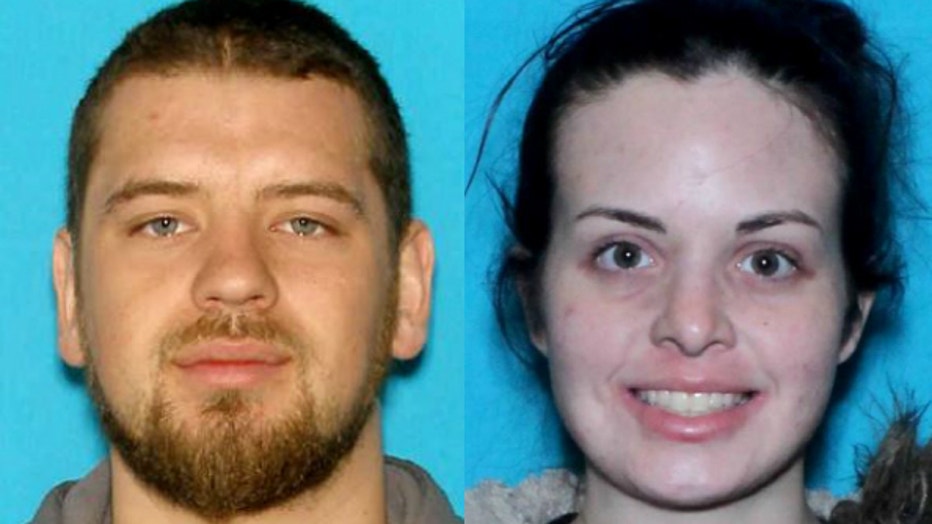 FUGITIVES CAPTURED May 13, 2015 -- Little Bernie Howe III and Lisa McCambridge were sitting on the couch smoking heroin off of tinfoil when officers arrested them this morning, say police. King County Det. Cary Coblantz and Seattle Det. Randy Maxwell tracked the two Washington's Most Wanted fugitives to a home in Shoreline after receiving Crime Stoppers tips on their location. McCambridge had apparently tried to dye her hair blonde to disguise herself but the resulting color was more orange. Detectives from Shoreline Police along with DOC Officers assisted them and together they successfully arrested both suspects without incident on their outstanding warrants and pending cases. They were booked into the King County Jail. Prosecutors have charged them with identity theft in connection with a Ballard home burglary in which a family dog was injured when thieves kicked down the back door. Howe and McCambridge were identified by WMW viewers from surveillance video of them using the burglary victim's stolen credit cards at numerous stores in King and Snohomish County. 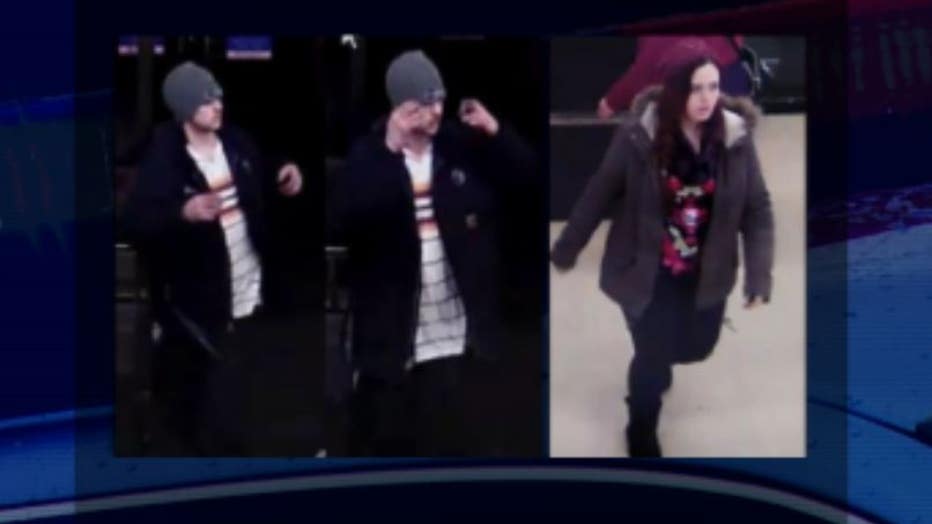 FUGITIVES UPDATE May 8, 2015 -- Seattle detectives say both Little Bernie Howe and Lisa McCambridge have felony warrants for their arrest. If you know where they're hiding, call an anonymous tip into: CRIME STOPPERS: 1-800-222-TIPS You must call the Crime Stoppers hotline with your tip to be eligible to receive a cash reward for information leading to a fugitive’s arrest. CLICK HERE for information on how to TEXT A TIP to Crime Stoppers CAPTURE UPDATE May 5, 2015 -- King County Prosecutors have charged Little Bernie Howe and Lisa McCambridge with Identity Theft in the Second Degree after they were identified by Washington’s Most Wanted viewer tips to Crime Stoppers of Puget Sound. The case stemmed from a burglary in Ballard on January 23rd.  Burglars kicked in the back door to a woman’s home on 7th Ave NW. Her dog was injured during the break-in. The thieves stole precious mementos as well as jewelry, small electronics, credit cards and documents. Howe and McCambridge were caught on surveillance camera using the woman’s cards various stores in Seattle, Shoreline, Edmonds and Lynnwood. Seattle Detective Jason Dewey wrote in court documents that the couple purchased a Motorola Droid RAZR M phone for $114.00 at the CeX store in Northgate Mall. The victim’s credit cards were also used at Broiler Bay restaurant, Safeway, MR Wireless, Ross clothing, the Burlington Coat Factory in Edmonds and a Lynnwood Wal Mart store. Howe has a significant criminal record including multiple convictions for Residential Burglary, Theft and Possession of Stolen Property. McCambridge has no criminal convictions but does have one recent arrest for Theft. The State has requested $50,000 bail. The two are scheduled to be arraigned on May 11. FUGITIVES WANTED IN SEATTLE February 11, 2015 -- Burglars broke into a Ballard woman’s home last month and injured her dog in the process. Seattle detectives are now trying to identify a couple caught on camera using the victim’s credit card to go on a shopping spree in Lynnwood, Shoreline, Edmonds and Seattle. When ‘Jane’ came home from work, she found her back door smashed in half. 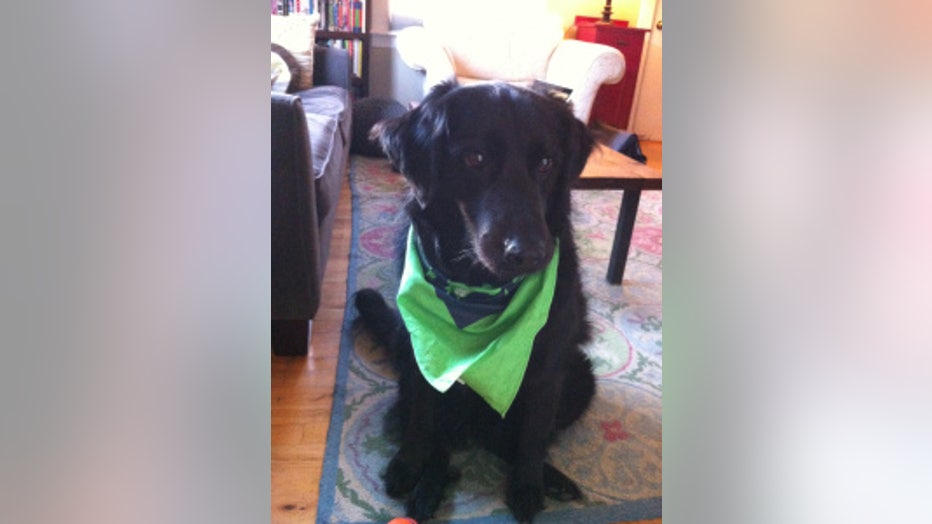 Lilo, her 8-year-old dog, seemed okay at first but then couldn’t walk. "She got injured somehow so the only things I can think of is that they either kicked the door and it hit her or they kicked her at some point,” said ‘Jane.’ The thieves stole computers, an iPod and iPad and her jewelry box full of precious mementos -- like a charm bracelet her grandmother wore in the 1930s and 40s. "It was really special to me. She's deceased so when I held it, it just reminded me of her. It feels like they stole a little bit of my past," she said. The crooks also took a locket. “I had it on my wedding bouquet. It has a picture of my dad in it who has also passed so I really wish I had that,” said ‘Jane.’

Fortunately, a Seattle detective in the North Precinct was able to get video of the suspected burglars. It shows a woman in a red hat and a man in a Seahawks cap shopping. "While the clerk is doing the work, at one time she even gives him a little love pat on the cheek and I'm going 'Really?' I mean these guys are burglars,” said Ret. Det. Myrle Carner with Crime Stoppers of Puget Sound. “This is infuriating." Crime Stoppers is offering a cash reward of up to $1,000 for information that leads to the arrest of either suspect. Lilo is still as friendly as she always was and is doing well. ‘Jane’ has installed a new door that is more secure. The suspects stole her passport and opened accounts, creating an identity theft nightmare for her. Most of all, she’s devastated by the loss of her jewelry. “If there is any way I could recover my sentimental items, that would be phenomenal," she said. If you have any information on the suspect’s identity, call an anonymous tip into: CRIME STOPPERS: 1-800-222-TIPS You must call the Crime Stoppers hotline with your tip to be eligible to receive a cash reward for information leading to a fugitive’s arrest. CLICK HERE for information on how to TEXT A TIP to Crime Stoppers 'Jane' provided these photos of the stolen jewelry in hopes that someone may recognize them: