The "Drink In My Hand" singer had been scheduled to perform at the AT&T Center on Saturday night but he says he will instead be at the game to cheer on the North Carolina Tar Heels.

The "Drink In My Hand" singer had been scheduled to perform at the AT&T Center on Saturday night, according to KSAT, but he said he will instead be at the game to cheer on the North Carolina Tar Heels. UNC takes on Duke just before 8 p.m. at the Caesars Superdome in New Orleans.

In a statement to ticket holders, Church said that calling off the gig four days before showtime was "the most selfish thing" he has done in regard to his relationship with his fan base, according to Variety.  The message was sent out by Ticketmaster and was accompanied by an automatic refund notice. 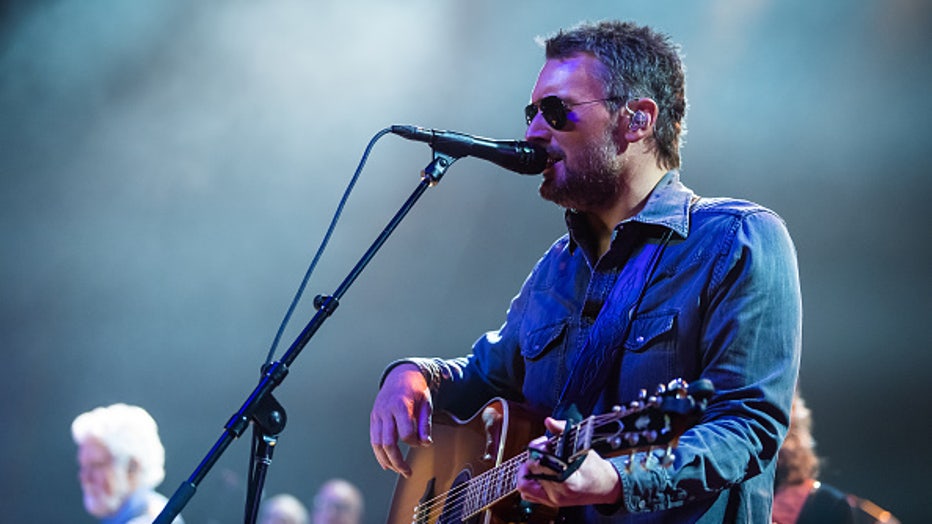 This Saturday, my family and I are going to stand together to cheer on the Tar Heels as the team has made it to the Final Four.

As a lifelong Carolina basketball fan, I’ve watched Carolina and Duke battle over the year but to have them matchup in the Final Four for the first time in history of the NCAA Tournament is any sports enthusiast’s dream.

This is also the most selfish thing I’ve ever asked the Choir to do: to give up your Saturday night plans with us so that I can have this moment with my family and sports community. However, it’s that same type of passion felt by the people who fill the seats at our concerts that makes us want to be part of a crowd at a game of this significance.

Woody Durham always said, ‘Go where you go and do what you do.’ [T]hanks for letting me go here and be with the Tar Heels.