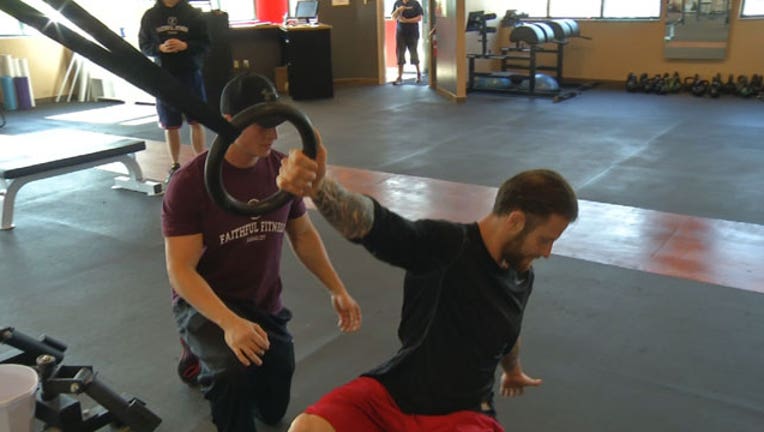 KANSAS CITY, Missouri (KCTV) -- There are many excuses for skipping the gym, but a handful of people can't workout because they're allergic to exercise.

It sounds unbelievable. It sounds like an excuse. But this condition is real.

The allergic attacks usually happen during running but can occur during any type of exercise when the heart rate reaches a certain level.

David Oquendo has seen a lot as a fitness expert for nearly a decade. And when it comes to clients, he has heard all the excuses.

But what about someone allergic to exercise?

"I would definitely have to have a doctor's note or a written note from a doctor saying that's what it is before I believed them," Oquendo said.

Believe it or not, it is a real condition called exercise-induced anaphylaxis. The exercise itself isn't an allergen, like say mold or pollen, but for some reason causes some people to have an allergic reaction.

"A lot of times they'll get hives. They'll get swelling. They'll get wheezy. They can get light-headed because their blood pressure is dropping," Dr. Zach Jacobs said.

Doctors say certain foods eaten before exercise also trigger reactions. And like other allergies, this one can develop at any age.

"There's not a great way to diagnosis it. Usually it's kind of clinically," Jacobs said.

The condition is rare - only 2 percent of the population may be at risk, and most won't develop any symptoms.

"It's potentially very dangerous, but you have to live your life," Jacobs said.

And hope it's one excuse you'll never need to skip working out.

Doctors say the disorder is usually not fatal and can be treated with an EpiPen and can be prevented most of the time by simply avoiding certain foods before exercise.