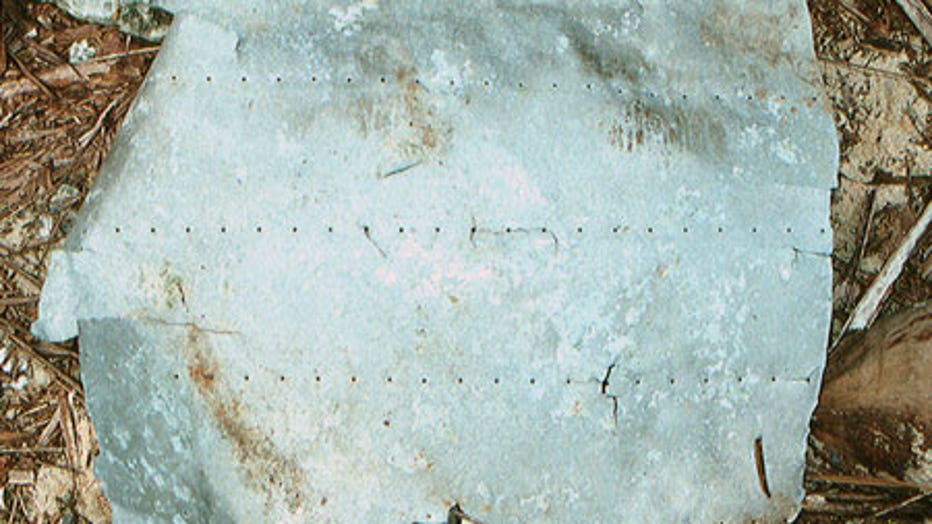 (CNN) -- Could one of aviation's most enduring mysteries be solved? An aircraft recovery group says it may already have a part of Amelia Earhart's plane, and it thinks it knows where to find the rest of it.

The International Historic Aircraft Recovery Group says new testing of a piece of metal found in the vast waters of the Pacific Ocean in 1991 gives the group "increasing confidence" that it's a part of the Lockheed Electra.

In a press release the group argues that the aluminum debris is likely a patch that Earhart had put on her plane in place of a window. The group says the patch had a distinctive shape, size and "pattern of rivets."

"The patch was as unique to her particular aircraft as a fingerprint is to an individual," the group wrote. Now the groups says research on the aluminum "matches that fingerprint in many respects."

Erhart's Lockheed Electra never made it back from an attempt to circle the globe in 1937.

Over the years many theories have emerged. For example: Earhart's plane was forced down by the Japanese around the Marshall Islands. Or even, Earhart secretly returned to the United States and the government gave her a new identity.

But International Historic Aircraft Recovery Group has developed its own theory. The Pennsylvania-based group believes Earhart actually landed safely. The groups says she and her navigator Fred Noonan set the plane down on a reef on a deserted island in the Pacific called Nikumaroro.

The group lays out what it thinks happened next in its press release: Earhart "sent radio distress calls for at least five nights before the Electra was washed into the ocean by rising tides and surf leaving Earhart and Noonan cast away on the uninhabited atoll."

The group, which operates as a nonprofit, isn't deterred by the fact that its previous searches of the area in 2010 and 2012 turned up no debris. That's because the group thinks the plane may be resting in mostly one piece.

International Historic Aircraft Recovery Group came up empty two years ago, but it thinks during that search it may have uncovered the plane itself.

"Several months after the 2012 expedition a member of TIGHAR's online Amelia Earhart Search Forum spotted an unusual feature in the sonar imagery," the group says. Six hundred feet below the waves, at the base of a cliff, the group detected an "anomaly in the underwater topography."

Further analysis shows, the group says, an object the "right size and shape" of Electra's fuselage.

It's not the first time this group has made a splash with its findings. When it first discovered sonar imagery of the "anomaly" the group got tepid reaction from Louise Foudray, caretaker and historian of the Amelia Earhart Birthplace Museum.

"We don't want to shrug off the hard work anyone is doing. We do like the idea that people are still interested," she said at the time. "But we're skeptical."

And the group itself isn't ready to say for sure it has cracked this cold case.

"Is the anomaly the aircraft?" the group asks. "The only way to know is to go look."

And in June of 2015 the groups says it will spend 24 days doing just that.