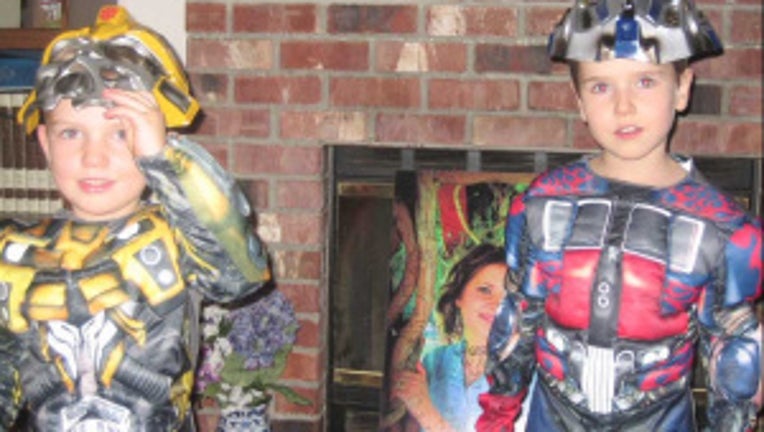 Questions have begun to arise as to why state officials ordered Charles and Braden Powell, ages 7 and 5, to regularly visit their father Josh's home, where authorities said he caused an explosion that killed the boys and himself.

Now, the state is taking a hard look at the case to confirm authorities did enough to protect the boys from their father. The Department of Social and Health Services (DSHS) will be performing a child fatality review of the case which should be completed within six months.

“It was a recipe for disaster and we were trying to prevent that very thing by taking custody and giving them a good life,” said Chuck Cox, Charles and Braden's grandfather, and the father of their mother Susan Cox Powell, who went missing in 2009.

In September, a judge granted custody of Charles and Braden to Cox and his wife Judy.  Just last week, the court ordered the boys' dad, Josh, to undergo a psycho-sexual evaluation.

Pierce County Prosecutor Mark Lindquist thinks that may have been what triggered Sunday's fire.

“Those tests are highly intrusive, highly thorough," Lindquist said. "They cover a person’s entire life history, sexual history and there’s a polygraph involved.  That was a good choice to get at information.  Clearly it was something Mr. Powell feared and wasn’t about to go through.”

Chuck Cox believes the system failed his grandsons and that their twice-weekly visits to Josh should have been more secure.

“I felt that he was a big enough threat and there were enough red flags that there should have been law enforcement there or somebody to make sure that he didn’t do something,” said Cox.

Sharon Gilbert with DSHS said there was no indication Josh was a threat and that extra precautions were not warranted.

“If there were ever any safety concerns about the parent, if they have an extensive history of assault or threatened anybody in the case then we will take extra precautions,” Gilbert said.

Lindquist thinks authorities should have taken into account that Powellwas a person of interest in Susan Cox Powell's disappearance.

“You have the presumption of innocence here and we’ve seen other cases where defendants who have been charged but were out of custody and had access to visitations," Lindquist said.  "Those aren’t homicide cases, though."

In court documents filed last week, Josh painted himself as a stable and loving parent, but was also unhappy with the Coxes, claiming they were turning his sons against him, coaching them to call him "Josh" instead of daddy.

Judy Cox said the boys did not want to visit their father this weekend.

“I feel really frustrated and that it’s my fault because I made them go, but I had to because of the laws and that’s very frustrating,” said Cox.