Joe O’Connor, CEO of 4 Day Week Global, discusses the changing attitudes of work culture and how both employees and companies have been shown to benefit from reduced working hours.

The idea of a shortened, four-day workweek has gained traction in recent years, particularly during the COVID-19 pandemic which dramatically shifted how companies operate and presented a broad reevaluation of work-life balance.

Now, more than three dozen companies in the U.S. and Canada are trying it out as part of a trial program, including the crowdfunding platform Kickstarter, a manufacturer of custom motorhomes in Ohio, and even a hospitality group in New Mexico that run several restaurants.

The pilot program, led by the nonprofit 4 Day Week Global, began on April 1 and will last six months. In total, 38 companies across North America are taking part and nearly 2,000 employees will be getting a paid day off weekly through the course of the trial.

A majority of the companies began the trial this month, with some starting as early as February and others in May or June. Other trial programs will roll out this year in the U.K., Ireland, Australia and New Zealand, the organization said.

What does a four-day workweek mean?

The four-day workweek aims for employees to receive 100% pay but work 80% of the time and maintain 100% productivity.

Previous case studies have found companies that have made the transition to a 32-hour workweek benefited from increased productivity, higher talent attraction and retention, and overall improved employee health — with customers enjoying the results, too.

It seeks to shift the focus from hours worked to overall productivity, and as a result, can actually force companies to assess work practices like poorly-run meetings and outdated technology to make businesses run more efficiently.

Various companies and governments have done their own trials or implementation of shorter working hours, including Microsoft in Japan and Iceland’s government. One lawmaker in California has introduced legislation to reduce the standard 40-hour week to 32 hours for some companies.

The pandemic also forced companies and employees to explore more remote work options and reevaluate the work-life balance. A large majority of U.S. workers (92%) said they were in favor of a four-day workweek, even if it meant longer hours, according to a survey released in February by cloud-software vendor Qualtrics. 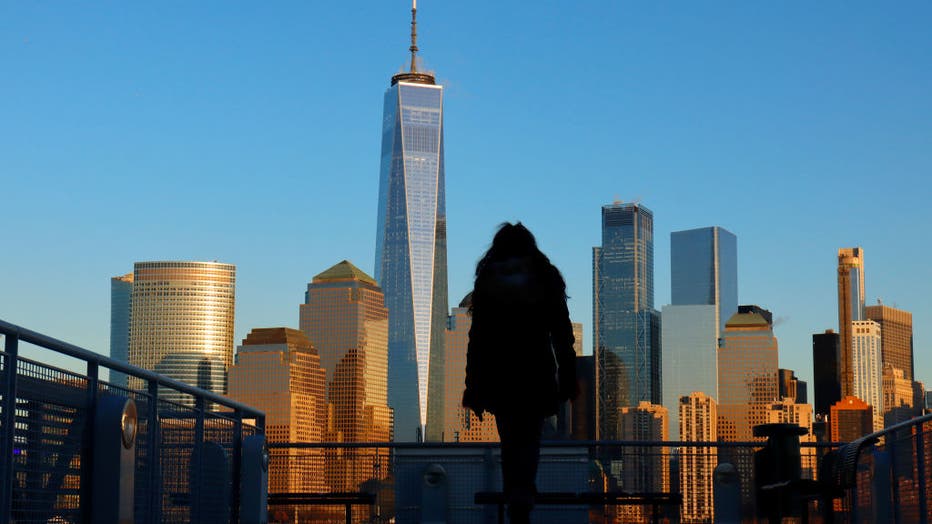 FILE - A woman walks in front of the skyline of lower Manhattan and One World Trade Center as the sun sets in New York City on Jan. 11, 2022, in Jersey City, New Jersey. (Photo by Gary Hershorn/Getty Images)

"It’s been more than a general shift. It’s been a complete game-changer," Joe O’Connor, CEO of 4 Day Week Global, said of the pandemic’s impact on work culture.

O’Connor added how the five-day workweek is "very deeply and culturally and societally embedded and sometimes it takes a disruptor like the pandemic to dislodge something like that."

For the North American trial program, the performance of participating companies will be assessed throughout the trial by monitoring certain variables like revenue, productivity, sick leave and employee turnover. Employees also fill out surveys related to well-being, stress, burnout and work-life balance.

Additionally, the program has employees fill out time-use diaries to see how they’re using their newfound extra time.

"Are they living more sustainably? Is there a better distribution of household labor between women and men, and therefore is this having a huge impact on gender equity?" O’Connor explained.

M’Tucci’s Restaurants President John Haas said they were intrigued about the four-day week and were excited to test such flexibility in "the fast-paced hospitality business."

"People in our industry are naturally adaptable and open to new ideas, and we are looking forward to seeing what we and the other organizations learn from this pilot," Haas said in a statement.

Other nonprofits in the trial include Mental Health Advocacy Services, which works to provide free legal services to people with mental health disabilities, and the health education organization Healthwise.

O’Connor said 4 Day Week Global is hopeful that the results of the trials may open the door for larger companies and governments to more seriously consider this as the future of work.

Can a 4-day workweek happen for all industries?

"One of the biggest misconceptions about the four-day workweek is that we are talking about Fridays off for everyone, or we’re talking about this universal day off," O’Connor told FOX Television Stations.

For a small minority of companies, such as an advertising agency tasked with delivering a particular project for a client within a certain timeframe, shutting down one extra day a week might not make a big impact in terms of profitability.

But for a wider range of companies, such as sales or customer service-oriented businesses, that might not be an option. 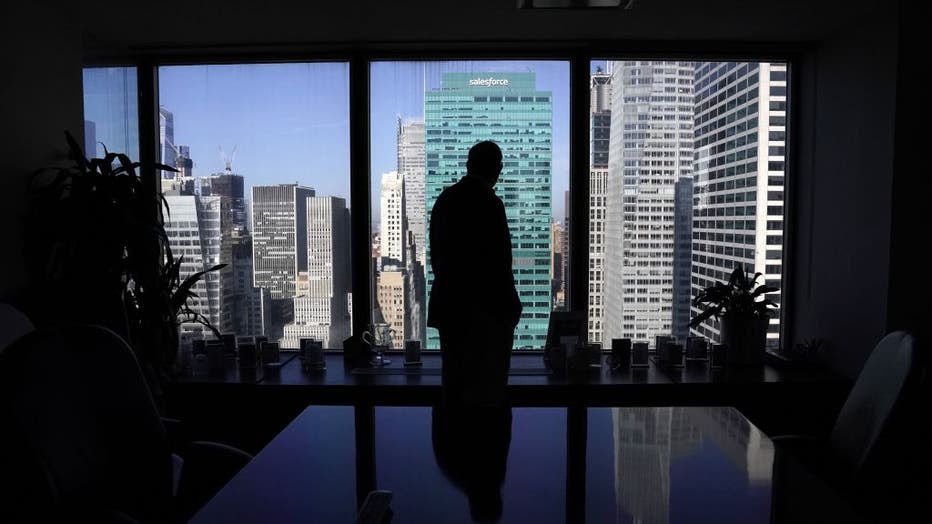 FILE IMAGE - A person is seen in his office on Fifth Avenue in New York Oct. 15, 2020. (Photo by TIMOTHY A. CLARY/AFP via Getty Images)

Some companies have even extended their services into evenings and weekends while moving their employees to a four-day workweek as a result of shifting schedules around, O’Connor said.

In other words, the four-day workweek is flexible and not a one-size-fits-all model.