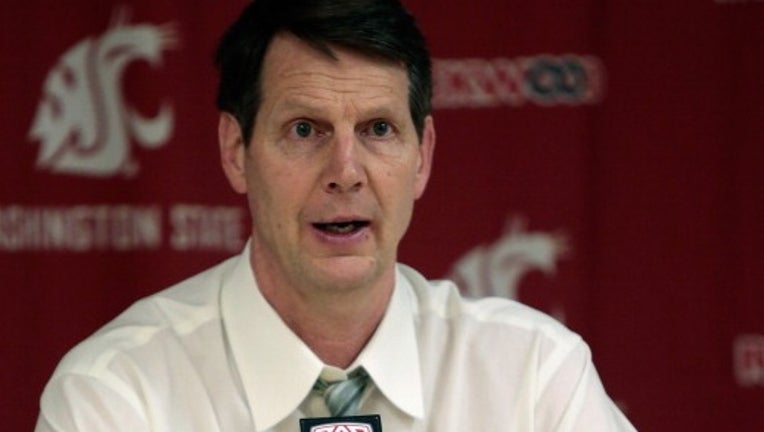 Head coach Ken Bone of the Washington State Cougars talks to the media after the game against the UCLA Bruins at Beasley Coliseum on March 8, 2014, in Pullman, Wash. Washington State defeated UCLA 73-55. (Photo by William Mancebo/Getty Images)

WSU athletic director Bill Moos said in a news release, "Ken and I met earlier today. At that meeting I informed him I would be making a change in the direction of the program.

"I appreciate what Ken has done for Cougar Basketball, leading us to the postseason twice in the last four years, and I thanked him for his service to WSU. But at this point we need to revitalize our fan base, particularly our student body, and position this program to compete for championships.”

Moos said the school will begin the process of naming a head coach "immediately ... I expect to name the new coach as soon as possible."

Bone spent five seasons with the Cougars and finished with a record of 80-86.

Bone’s contract runs through the 2015-16 season. The Daily Evergreen said his early termination will result in WSU paying Bone a $1.7 million buyout amount.