It's not all about the free samples at Costco.

Members are kind of obsessed with the some items at the warehouse's popular food court.

And items change from time to time, but that's not always welcomed. Because when something is added, something has to be taken away. 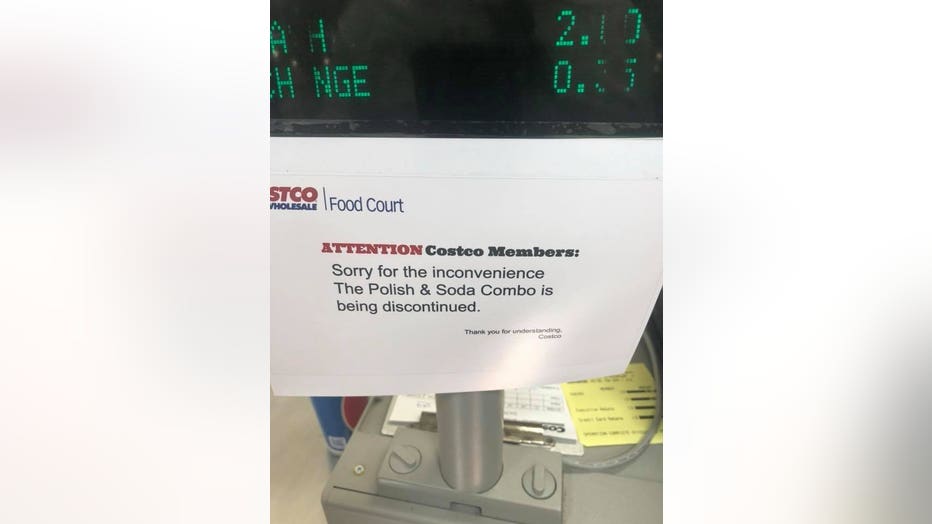 Costco is discontinuing the polish dog at many locations.

As The Seattle Times first reported, the polish dog is coming off the menu at most locations. But, the $1.50 hot dog and soda combo isn't going anywhere (Costco sold 137 million of them last year!).

So what's new? Costco has been quietly rolling out acai bowls at its warehouses across the country.

The $4.99 bowls are vegetarian-friendly and about 330 calories. The frozen acai berry looks like soft serve and comes with fresh strawberries, blueberries, dried bananas and granola with almonds.

At least one Costco location reported dropping the very berry sundae to make room for the new acai bowls, according to a California newspaper.

According to some comments on Costco's Facebook page, not everyone is happy about the change.

"It’s actually disgusting!!!! It is beyond me why you would get rid of those amazing strawberry sundaes for this!!! It tastes awful and is way more expensive!!!" wrote Abby.

Costco has also introduced an al pastor salad at many locations -- also vegetarian. The $4.99 salad is made of plant-based protein (soy), romaine lettuce, black beans, banh mi vegetables and dressing.

You might remember last summer, Costco began testing a 1/3 pound cheeseburger that was supposed to be similar to Shake Shack. It sold for $4.99 and came in at a whopping 1140 calories.

Costco leaders say they get a lot of requests from customers in their comment dropboxes and they will take them all into consideration.

What is YOUR favorite food court item? Do you welcome the changes? Let us know on the Q13 FOX Facebook page.