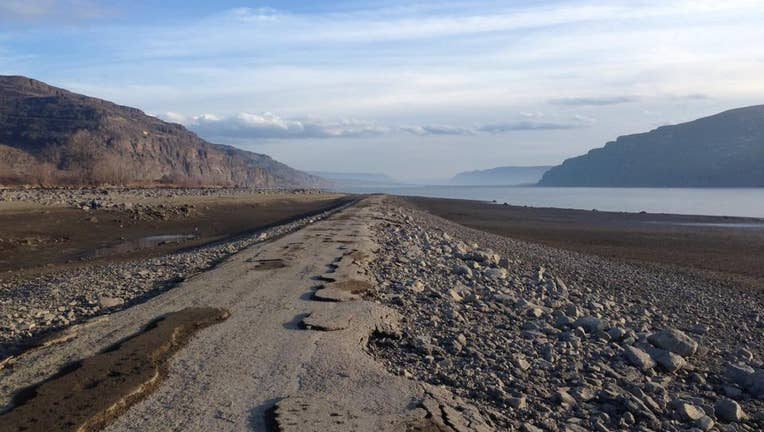 CRESCENT BAR, Wash. -- The Grant County Coroner's Office said Wednesday it had determined that bones found on the banks of the Columbia River near Crescent Bar are indeed human, but that they are old enough to be of an archeological nature.

"As per Washington state law, the remains were released to the Department of Archeology and Historic Preservation," the office said in a news release.

With the water level being lowered to relieve pressure on the cracked Columbia River's Wanapum Dam, an area normally under water has been exposed -- and a person walking along there found the human bones, the Grant County Sheriff's Office said Tuesday.

In a news release Wednesday, the sheriff's office speculated that "due to the rich heritage of Grant County, it is possible the bones are that of an early settler or a Native American, and leaders of the nearby Wanapum Tribe visited the scene this afternoon."

The water at the dam was lowered to relieve pressure because a 65-foot crack was found in the dam last week.  Investigators are trying to examine the structure to decide how to go about fixing the dam.