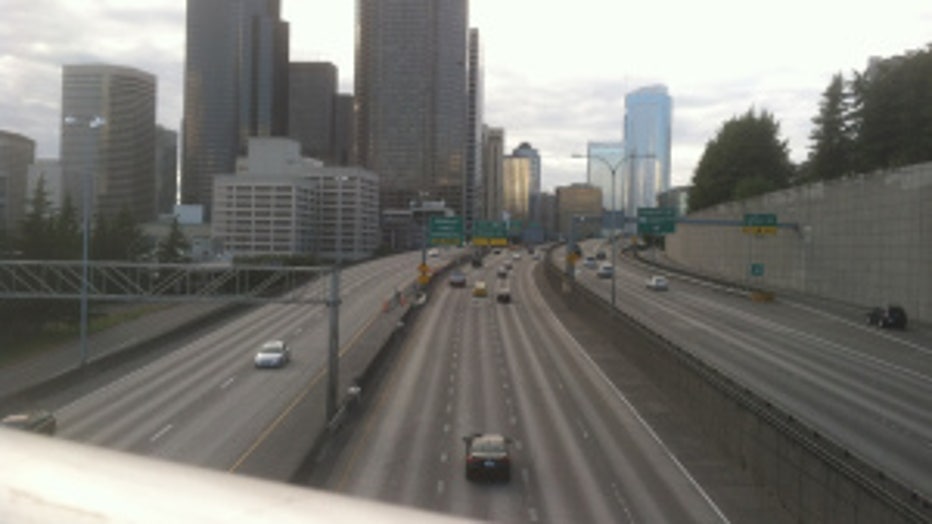 Lorrie Cole abides by the rules of the road. She always wears her seatbelt, checks her mirrors and when driving she never talks or texts.

“I don’t know how to text. And, I’m the last person on Earth that has said that.”

She thinks it’s great that cops all over Washington will be cracking down on seatbelt violations and distracted drivers for the next two weeks.

Trooper Eric Goold will be one of several extra patrol officers focusing on seatbelts and cell phones.

“When you text or you’re distracted while driving down the roadway, it doesn’t take much in that split second to cause a collision where someone gets seriously hurt,” Goold said.

Brianna Thornberry has a 14-year-old about to hit the open road. She doesn’t touch her phone behind the wheel and she hopes her daughter gets the message.

“I’m hoping she’ll never drive,” Thornberry joked. “I don’t want her to drive at all. It’s just so scary  but I’m absolutely leading by example.”

Other parents tell a little white lie to get their kids to listen.

“I used to tease my children when they were little the car won’t go into drive until your seatbelt is on. They believed me,” Valorie Ferrucci chuckled. “Yes, I do definitely use my seatbelt.”

Despite this motherly advice, there are still rule-breakers out there. In just two weeks of increased enforcement last year, Washington officers issued more than 4,000 tickets for seatbelts and cell phones. You can bet this year, straight-laced Lorrie won’t get one of them.

“Anything can happen, and you over-correct and you might hurt someone plus yourself,” she warns.