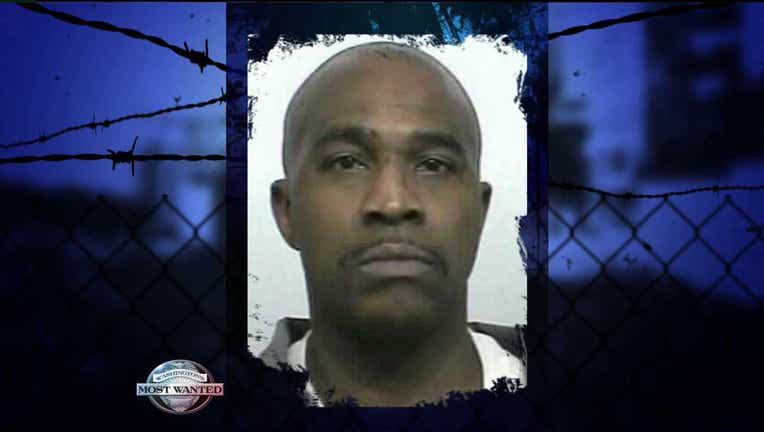 FUGITIVE CAPTURED April 28, 2013 -- The Department of Corrections says Raymone Chapple-Greadington was arrested on Sunday, April 28th. FUGITIVE WANTED BY DOC IN KING COUNTY Dec. 21, 2012 -- Raymone Chapple-Greadington is convicted of using, and violently abusing, vulnerable women. Chapple-Greadington is a high-violent offender who is breaking probation in King County after being busted for a knife attack on a developmentally disabled woman. Officers said the woman has the mental age of a child. Once he got out of jail, officers said he moved in with a woman who had some physical disabilities and took advantage of her as well. Along with the domestic violence crimes, he's been busted for several assaults, harassment, theft and lewd conduct. Raymone Chapple-Greadington is 51 years old. If you know where cops can find him, call an anonymous tip into: CRIME STOPPERS: 1-800-222-TIPS You must call the Crime Stoppers hotline with your tip to be eligible to receive a cash reward for information leading to a fugitive’s arrest. CLICK HERE for information on how to TEXT A TIP to Crime Stoppers