SEATTLE -- Merrick Bobb is the man in charge of making sure there is compliance, at all levels of the Seattle Police Department, with reforms in the Department of Justice settlement agreement. 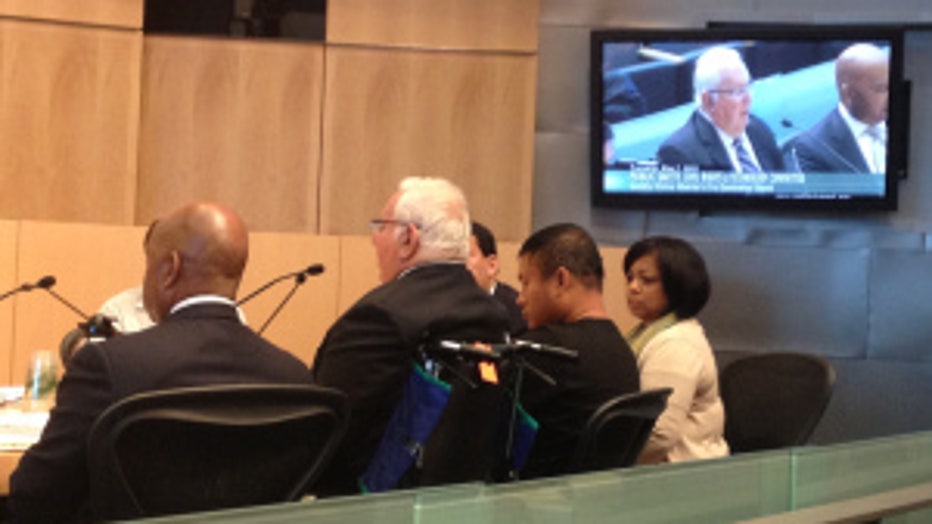 "The settlement agreement is there and it's not going to go anywhere and obstacles will not be tolerated,” SPD monitor Bobb said.

He minced no words while delivering his report to the Seattle City Council's Public Safety, Civil Rights, and Technology Committee.

Saying there is still some infighting among the command staff over past promotions.

Bobb believes interim Chief Jim Pugel will be able to put that behind and lead the department during a difficult time.

But Bobb also said there are marks of progress, Including the Community Police Commission or CPC.

A partnership between the SPD, its officers, community members, and public officials to help develop reforms, establish priorities, and promote community confidence in the SPD.

"The CPC is there.  It has very good leadership... bringing the community's voice to bear upon the development of policy.  I think it's a very promising thing that has happened,” Bobb said

The CPC will soon give input on draft policies on the use of force, stops and detentions, discriminatory policing.

Bobb says that will help determine whether unconstitutional policing, the extent it exists, is getting better.

Seattle Human Rights Commission Chairman Chris Stern likes what he heard but says there is difficult work ahead.

Stern calls the commission almost the backbone of reform.

At the table, councilmembers Bruce Harrell and Tim burgess, two men who could be the next mayor of Seattle.

Each has his own view of what the report said and the challenges that lie ahead.

"We've got a long way to go and I'm very confident that the officers who work the street, the detectives, and the civilians in this department are going to rise to the occasion.  They want to do their jobs very well,” Councilmember Tim Burgess said.

"Here we are we're going to spend millions of dollars toward this settlement agreement and not achieve the most important this which is for us to learn as a city so I'm very disappointed in that and that's one of the challenges with the settlement agreement to begin with,” Councilmember Bruce Harrell said.