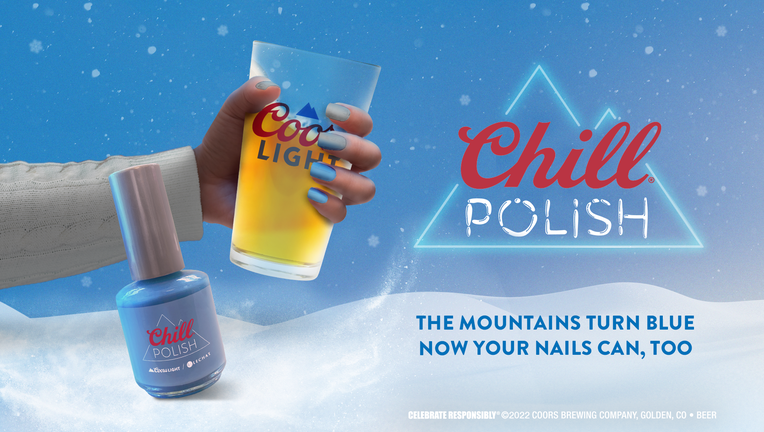 GOLDEN, Colo. - Coors Light is taking the idea of grabbing a cold one to the next level this holiday season.

The brewing company has unveiled a new nail polish that detects the temperature of someone’s glass of beer.

Called "Chill Polish," the color-changing nail polish changes from light blue to dark blue when it senses the person’s pint of brew is cold enough to enjoy. 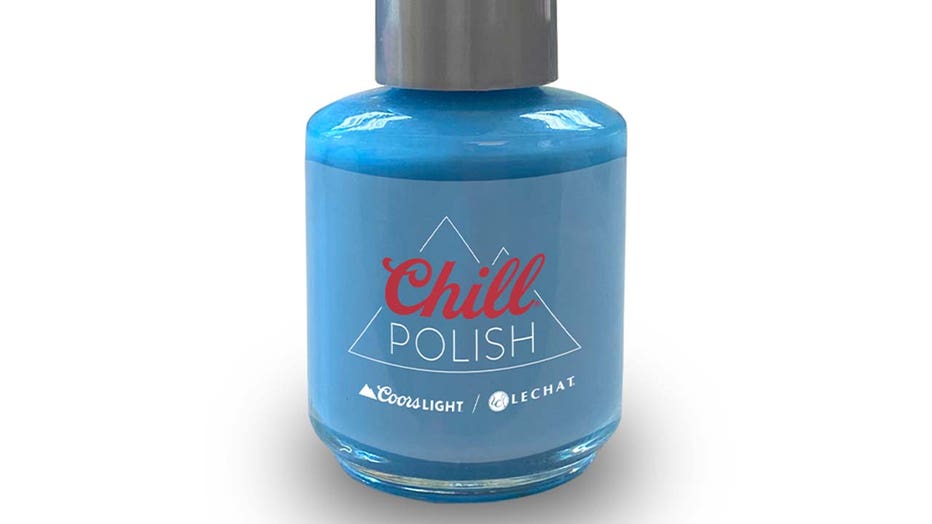 The polish was co-developed with San Francisco-based nail polish brand Le Chat and is available for $7 on shop.coorslight.com. A limited number of polishes will be released every Tuesday, while supplies last.

Coors made headlines in 2007 when it launched a new line of products with beer can labels that changed color when refrigerated to the optimal temperature.

A woman from the Dominican Republic crafted a new face mask that gives easy access to beer and other alcoholic beverages.

Like "Chill Polish," the feature made it easy to know when beer was too warm to serve.

Coors Light also has other holiday apparel including onesies, scarves and beanies.