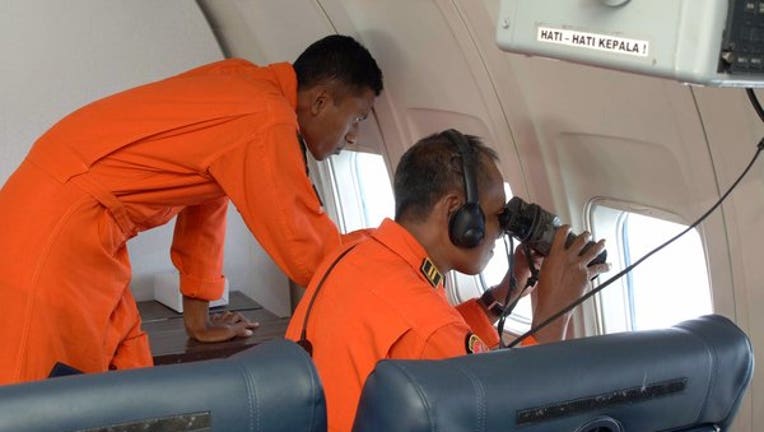 BEIJING -- Malaysian officials are defending their handling of the frustrating search for the Boeing 777 that vanished without a trace on Saturday morning on its way from Kuala Lumpur to Beijing.


"We have nothing to hide," said acting transportation minister Hishamuddin Hussein at a stormy televised news conference late Wednesday in Kuala Lumpur. "We have been very transparent with the media and the public."

The statement came as the rare spirit of international cooperation in the hunt for Malaysia Airlines Flight 370 seemed to be unraveling. Chinese state media earlier Wednesday accused Malaysia of concealing information, and Vietnam suspended its assistance in the multinational effort.

As of sunset, the fifth day of the search had passed with investigators no closer to locating the aircraft. The length of the hunt gas surpassed the 36 hours it took in 2009 to locate the first debris from an Air France flight from Rio De Janeiro to Paris that crashed into the Atlantic, a far deeper body of water than the Gulf of Thailand, where the Malaysian flight was last detected.

At Wednesday’s news conference, Malaysian military officials said the last confirmed contact with the flight was at 1:30 a.m. Saturday, about 50 minutes after takeoff, over the Gulf of Thailand. However, military radar detected an unidentified aircraft at about 2:15 a.m. over the Strait of Malacca, along the west coast of the Malay peninsula and about 330 miles away to the west.

As a result, the search has been expanded from the Gulf of Thailand to two new areas -- the Malacca strait and the South China Sea -- and now covers a total of 27,000 nautical square miles, officials said.

"There is no confusion unless you’re looking for confusion," said a visibly rattled Hishamuddin.

Earlier in the day, China and Vietnam lashed out at the Malaysian search effort.

"We’ve decided to temporarily suspend some search and rescue activities, pending information from Malaysia," Vietnam's deputy minister of transport, Pham Quy Tieu, told reporters on Wednesday. "We’ve asked Malaysian authorities twice, but so far they have not replied to us."

"We don't know which information published by Malaysia is true and which is false, or whether they have released all the information they have so far," the newspaper editorialized on Wednesday. "Is the Malaysian military intentionally hiding something?"

Of the 227 passengers aboard the missing plane, 159 were Chinese nationals and many others were of Chinese ethnic origins. China has been one of the lead countries in the search-and-rescue efforts, which have expanded to include 12 countries with 42 ships and 39 aircraft.

Experts said that the search effort is unprecedented in its complexity because of the number of countries involved, many of whom have competing territorial claims in the region.

"The plane is from Malaysia. Most of the area where they are searching is Vietnam. The flight was headed to Beijing and had so many Chinese passengers," said Gao Yuanyang, a professor at the Beijing University of Aeronautics and Astronautics. "It is rare to have so many countries involved in a plane crash."

Jason Middleton, head of the school of aviation at the University of New South Wales in Sydney, said Malaysian officials had been right to start the search where the plane first lost contact with civilian radar, before expanding the search area.

"The farther away you search, the larger the search area becomes," Middleton said. "I can’t say that any other country would have done it differently or much better."

Middleton theorized that the aircraft might have veered so far off course to the west because the pilots passed out for lack of oxygen.

"It suggests perhaps a decompression either because of an explosion or a problem with the airplane structure. If they turned to the west, looking for the shortest way back to a place to land and passed out, the plane would have kept heading west," he said. "It is just a hypothesis that is not particularly likely, but all the likely options by now have been eliminated."