FUGITIVE WANTED IN YAKIMA COUNTY October 7, 2016 --
"Only God can judge me:" That's what this convicted woman abuser and high-violent gang member street named ‘Madness’ has inked on his neck.

His real name's Nicholas Rojas and it's the law in Yakima County who needs to be judging him for breaking probation after being busted for punching his ex-girlfriend in the face with his fist.

Department of Corrections officers consider him 'armed and dangerous' and will do anything to avoid capture.

DOC officers say a SWAT team once had to be used to help get him into custody.

DOC officers say he's deep into drugs and drinking and has no regards for the anyone who's in his way when he's running from law enforcement. 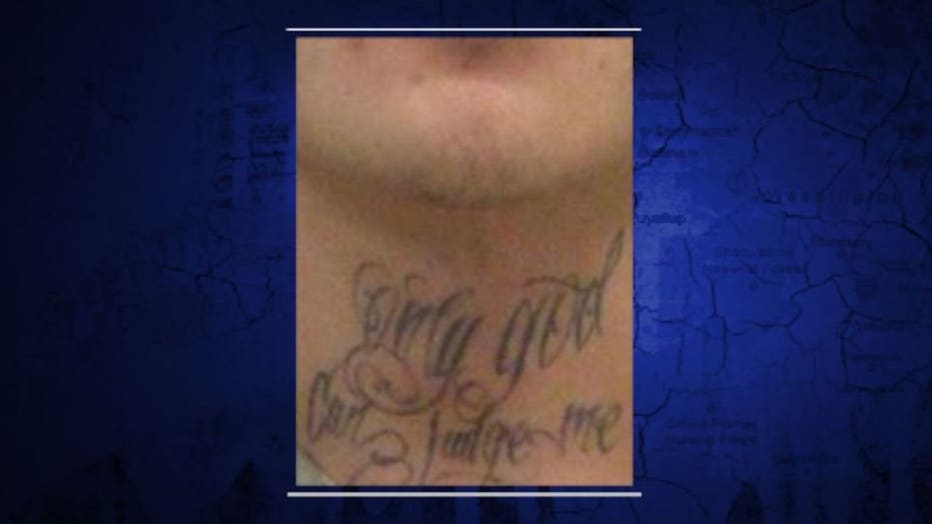