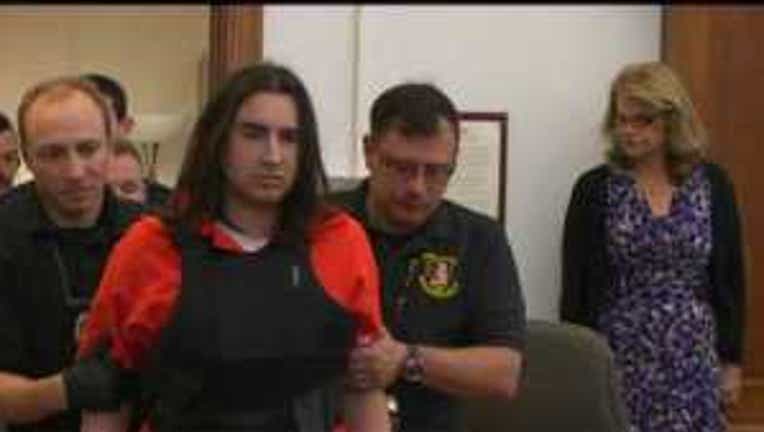 MONROE, Wash. -- Convicted killer Issac Zamora was moved from a state hospital to a Department of Corrections facility because he posed an "unreasonable safety risk" to hospital staff, the Department of Social and Heath Services announced Wednesday.

Zamora will remain in the legal custody of DSHS while in the special offender unit at Monroe Correctional Complex, authorities said.

On Sept. 2, 2008, Zamora went on a shooting spree, killing six people, including several neighbors, a Skagit County Sheriff’s deputy and a driver on I-5. He pleaded guilty to four murders and not guilty by reason of insanity to two others.

Staff members at Zamora's hospital previously testified that Zamora posed a safety risk, and they wanted him transferred to a prison for a number of reasons.

“There is no dispute that Mr. Zamora is dangerous. Secondly, Mr. Zamora’s psychotic disorder is in remission. Third, Mr. Zamora will never be released to the outside world,” said Sarah Coats, chief counsel for the state Attorney General’s Office in July.

“He usually self-reports that he’s hearing voices. He tells me he sees a man behind a door or faces on the wall. When I ask him to discuss further, he is hesitant and has me ask him another question,” Bingcang said.

Bingcang said he believes Zamora is not currently suffering from a mental illness, but major depression and anti-social personality disorder.  The psychiatrist said Zamora has personally threatened him and other staff, and has reportedly devised an escape plan from the hospital.

Because of his threatening behavior, two DOC officers monitored Zamora around the clock at Western State Hospital, costing taxpayers $1.2 million a year. It will reportedly cost around $70,000 if he was housed in a mental health unit in the prison system.

Opponents of the transfer said it favors incarceration over treatment. Zamora’s mother said she believes her son is mentally ill and needs the specialized services provided at Western State Hospital.

Zamora raised further controversy in August when signed hand tracings of his have turned up for sale on mass-murder memorabilia websites.

Fred Binschus, a survivor of Zamora's rampage, said in an interview that the sale of her killer's belongings only worsens the suffering he's had to endure by losing his wife of 25 years and the mother of their two daughters.

“She was something special,” Binschus said. “Once you have the best, it's hard to move on really.”