The investigation led law enforcement to the UCSD Hillcrest Hospital in San Diego, where Muchikekwanape was located and arrested without incident.

Muchikekwanape was taken to the Federal Courthouse for booking and will be held pending extradition to Canada.

Chief Richard Craig said, "The U.S. Marshals Service recognizes the importance of cooperation between federal, state and local police agencies as well as the community it serves- especially when searching for dangerous fugitives. It is my sincere hope that the task force apprehending Muchikekwanape brings some sense of relief to the community."

The Pacific Northwest Violent Offender Task Force is composed of Deputy U.S. Marshals from the Western District of Washington and other federal, state, and local law enforcement agencies. Since its creation in 2010, the PNVOTF has arrested almost 14,000 violent fugitives for various offenses including homicide, failure to register as a sex offender, sex crimes, firearms, and federal probation violations.

U.S. Marshals are searching for a man convicted of rape and murder who escaped a Canadian prison and could be hiding out in Washington state.

Canadian authorities say Roderick Muchikekwanape is serving a life sentence for the crimes committed in 1998 in Winnipeg, Manitoba.

Bellingham Police say a surveillance photo from Friday morning, Oct. 30th, 2020, shows a man matching his description at a gas station in Sumas, just south of the US-Canada border.

Authorities say he escaped from a prison in Mission, British Columbia the night before and believe he may have crossed the border into the U.S.

Muchikekwanape is 6' 1" tall, weighs 225 pounds, and has black hair and brown eyes. He is known to use aliases "Much," "Roderick Toot Much," "Rodney Muchikekwanape," "Thomas Robert Gambler" and "Paul Edward Starkes." 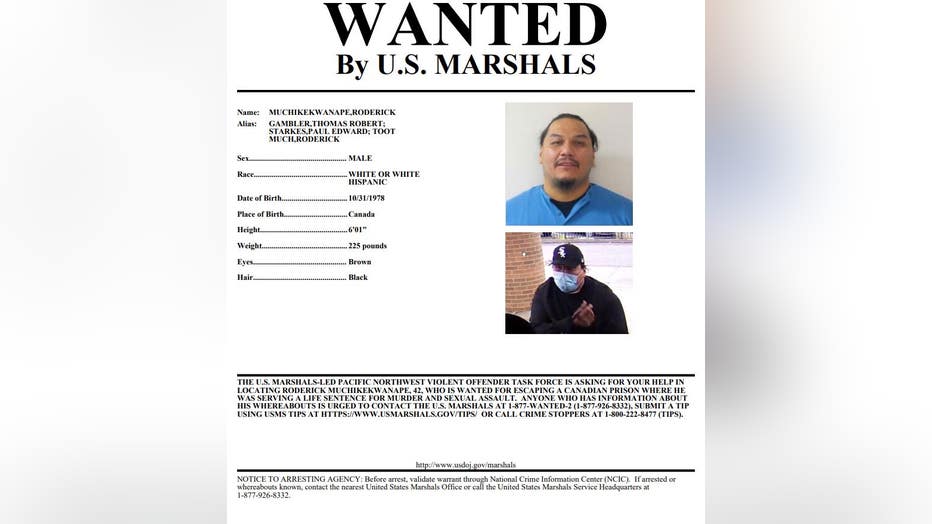 If you know where he's hiding, use the P3 Tips App on your smart phone to submit the information to Crime Stoppers anonymously, or call the hot line at 1-800-222-TIPS(8477). A cash reward of up to $1,000 is yours if your tip helps lead to his arrest. 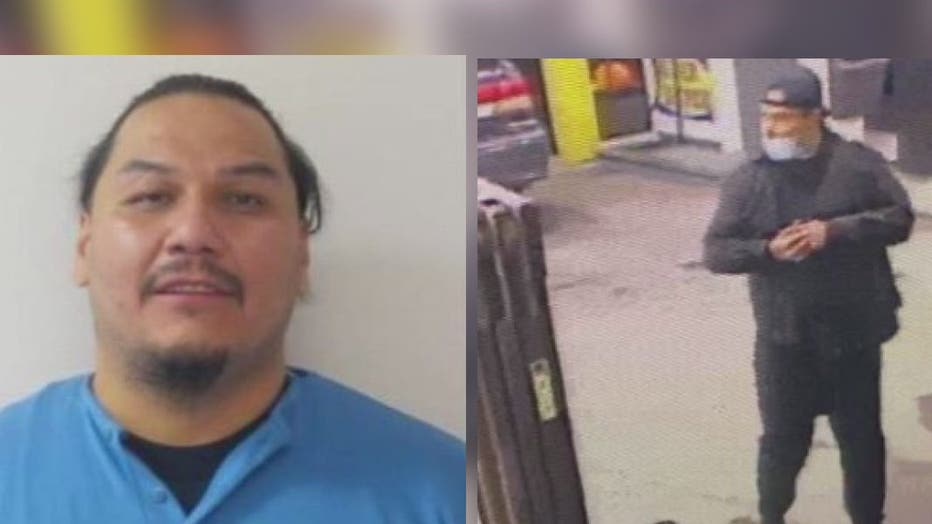