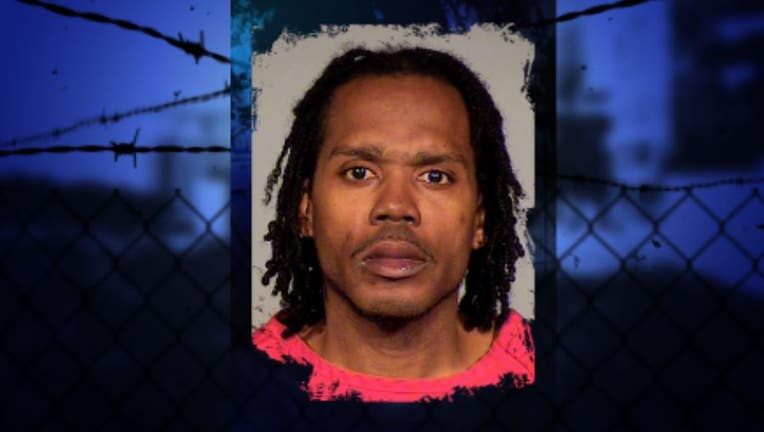 FUGITIVE CAPTURED December 18, 2015 -- Bobby Joe Tramble was arrested in Las Vegas on Friday. He was booked into the Clark County Jail in Nevada and King County detectives say he is awaiting extradition back to Washington State. FUGITIVE WANTED IN KING COUNTY November 13, 2015 -- King County detectives need your help tracking down convicted felon, Bobby Joe Tramble, after deputies pulled him over for driving at night without his headlights on -- and made a dangerous discovery inside his ride. "He's stopped on a traffic violation where an officer sees a gun under the seat,” says Jim Fuda with Crime Stoppers of Puget Sound. “They hook him up, seize the vehicle, do a search warrant on it, find crack cocaine heroin and regular cocaine. His money was folded into $100 increments and that's the way we police know that this guy's trying to account for his money as he's going around doing his drug business, but what he told the deputies is that he was a music producer. So now what we have is a drug dealer running around on the streets that is armed that we need to get off the street." Tramble has been convicted of a bunch of crimes including promoting prostitution, multiple felony drugs busts and illegally having a gun. If you know where he's hiding, call an anonymous tip into: CRIME STOPPERS: 1-800-222-TIPS You must call the Crime Stoppers hotline with your tip to be eligible to receive a cash reward for information leading to a fugitive’s arrest. CLICK HERE for information on how to TEXT A TIP to Crime Stoppers