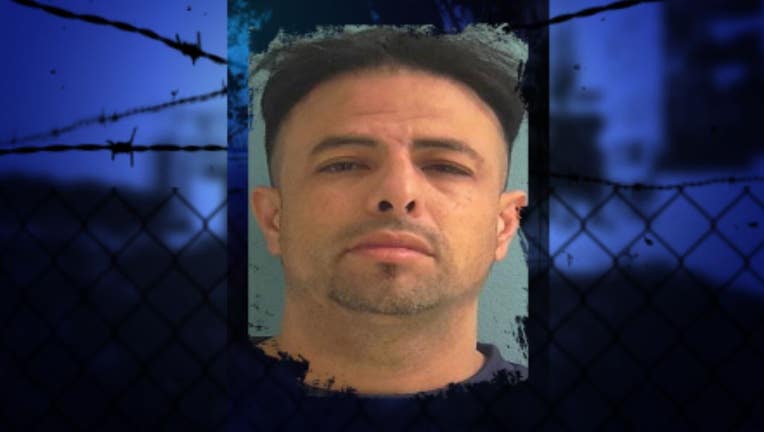 FUGITIVE CAPTURED February 10, 2016 --
Ricardo Dimas was arrested outside a home in Yakima and booked into the Yakima County Jail on Wednesday.

The Pacific Northwest Violent Offender Task Force in Yakima says they saw Dimas leave the home in a wig and had to be tased twice to be captured.

Detectives say surveillance video shows the woman wielding an ax as she lunges at Dimas during an argument.

After Dimas draws a gun though, the victim backs down and that's when detectives say Dimas shot and killed her.

The same bullet hit another woman in the neck, but she survived.

He's been convicted of burglary, eluding and drugs -- both possessing and selling them.