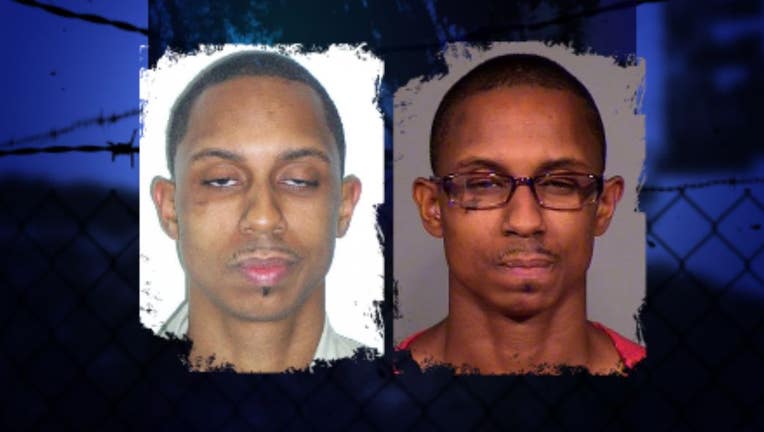 FUGITIVE CAPTURED May 1, 2015 -- The Department of Corrections says Bryan Sampson was arrested on May 1st and booked into the Clark County Jail in Las Vegas, Nevada. FUGITIVE WANTED BY DOC IN KING COUNTY December 19, 2014 -- High-violent offender, Bryan Sampson, is breaking probation in King County on an armed robbery where he and another guy held up a gas station clerk at knifepoint. When cops caught up to him on the street, Sampson went for his blade when they tried to arrest him. "A struggle ensued,” says Department of Corrections Ofc. Emily Isaacs. “He was observed reaching towards his waistband. The struggle went from their feet down to the ground and another unit had to respond to help the officer get him into custody. When they searched him after he was arrested they found a steak knife exactly where the officer had observed him reaching and another in his pants pocket. This is an individual who is violent. He has a long criminal history. He's on the run. We need your help to find him as soon as possible." In another violent crime Sampson's been busted for, he went at a woman with a knife inside a casino -- slashing at her in the air and yelling he was going to cut her. If you know where he is, call an anonymous tip into: CRIME STOPPERS: 1-800-222-TIPS You must call the Crime Stoppers hotline with your tip to be eligible to receive a cash reward for information leading to a fugitive’s arrest. Click here for information on how to text a tip to Crime Stoppers.