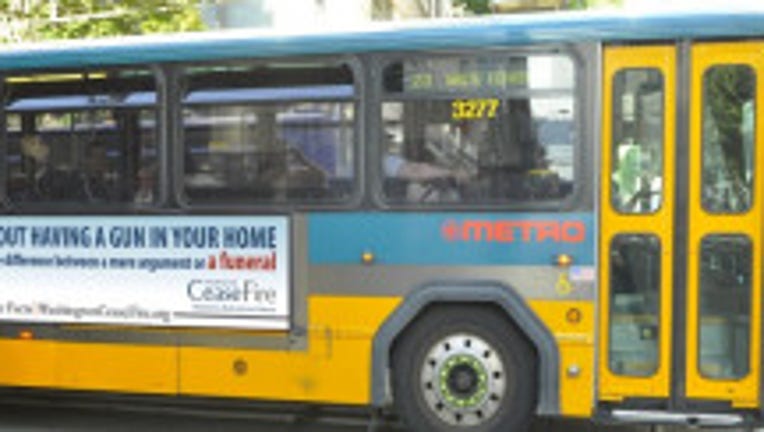 New advertisements asking people to "think twice about having a gun in your home" are popping up on dozens of King County Metro buses, according to the Seattle Times.

The newspaper says the ads are paids for by Washington Ceasefire.

They're part of a multi-media campaign featured on 250 bus transit ads signs.

According to MyNorthwest.com, the ads quote the statistics or consequences of gun ownership.

The websites says one ad says 'When there is a gun in the home there is a 5-time greater chance of suicide.'

Another says 'When there is a gun in the home there is a 22-time greater chance of killing a family member or a friend versus an intruder.'

The third ad says 'A gun in the home may be the difference between an argument and a funeral.'

Snohomish and Pierce counties both rejected the ads.

In the past, Washington Ceasefire has advertised on Snohomish County's Community Transit buses.

However, the county recently adopted a new policy that prohibits ads about social issues.

"Community Transit's primary mission is to provide a safe and affordable trip for bus riders. The advertising we carry on the sides of our buses is meant to generate revenue to support bus operations. We do not want that advertising to create a negative atmosphere for our passengers or the agency. A new advertising policy, approved on May 2, identifies the categories of ads that will no longer be accepted on Community Transit buses, including political advertising on social issues."