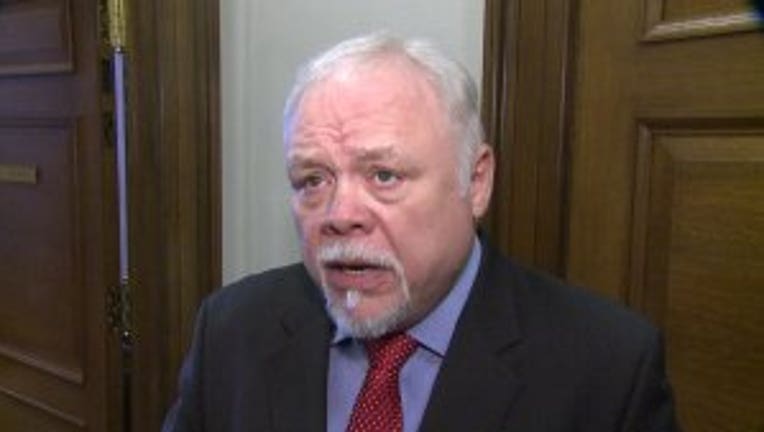 State Sen. Don Benton, R-Vancouver, is the sponsor of the bill that would extend the waiting period for a divorce.

SEATTLE -- State senators are talking about a bill that would force divorcing couples to wait a year before the divorce would take effect.

The current wait period is three months. The bill to extend the wait is creating some strong feelings.

TheFamily Second Chances Act, proposed by state Sen. Don Benton, R-Vancouver, is designed to give couples more time to think over their decision and try to make things work.

But some say that could make a toxic situation even worse.

In a hearing in Olympia on Friday, state senators discussed the bill in the Senate Law and Justice Committee.

“I want to give children a better chance at success, I want to try to save people`s marriages, and I also want to save the taxpayers money,” said Benton, the bill's sponsor.

The proposal would force couples and domestic partners to remain legally together for a year after seeking a divorce. And only after reading a couple's manual -- and 'working' on their relationship -- would that divorce be granted.

“It`s important to avoid divorce because statistics tell us that divorced families have problems. They have problems financially, the children have problems in school. On most surveys, they`re unhappy,” Benton said.

But University of Washington sociology professor and author Pepper Schwartz said there are no statistics showing that drawing out the process would help couples stay together.

'There`s no good reason whatsoever that we would lengthen the time between people who have come to that decision, after a very difficult procedure, of what`s going on between them,” Schwartz said. “Do we think that a year more is going to actually make them change that? Or make them (stay) tied to each other in a way that's actually going to be worse for them?”

Seattle resident Felix Luna said, “I don`t think they should have to stay together for a year after they decide to terminate their marriage. Ninety days is a good cooling-off period; anything longer than that is governmental intrusion."

Another Seattle resident, Britt Thorson, said, “I’m a child of divorce, my parents separated, and for me, if the process had been any longer, I feel like it would have been more heartbreak.”

“I don`t think it`s an absurd notion that people who get married should try to work it work,” Luna added. “And I think it`s probably true that divorces lead to poverty, especially for women and children. I`m just not sure that forcing people to stay married any longer is going to fix that.”

The bill does make some exceptions in cases of abuse or domestic violence, or if one spouse commits a felony.

Benton has until next Friday to make his case; otherwise the bill will die in committee.