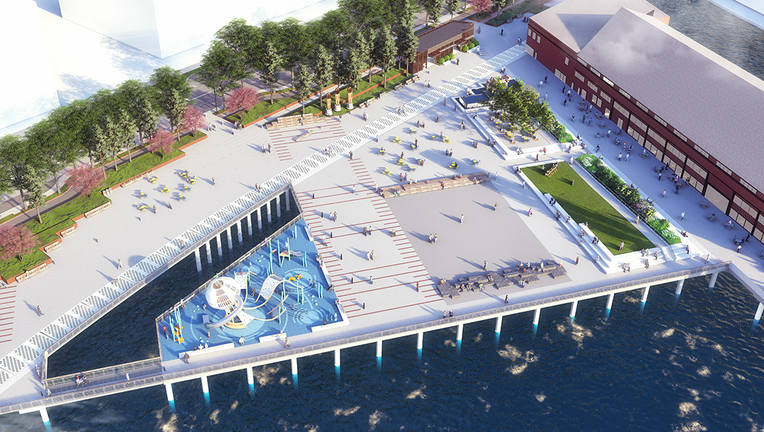 SEATTLE - Construction of a new park began on Seattle's Waterfront this week at Pier 58, the site of the pier collapse in 2020 that injured two construction workers.

Barges and small boats are expected to arrive this week off Pier 58 and divers will be performing inspections and installing monitoring devices.

Following barge arrival, crews will remove the last of the remaining piles and install new steel piles before building the bridge deck and other finishing touches.

Pier 58 will be rebuilt in a triangular shape, with an opening in the nearshore to improve salmon habitat, according to Waterfront Seattle. The new pier is being redesigned with families and young children in mind, and there will be a playground and a large lawn for spaces to relax and play. 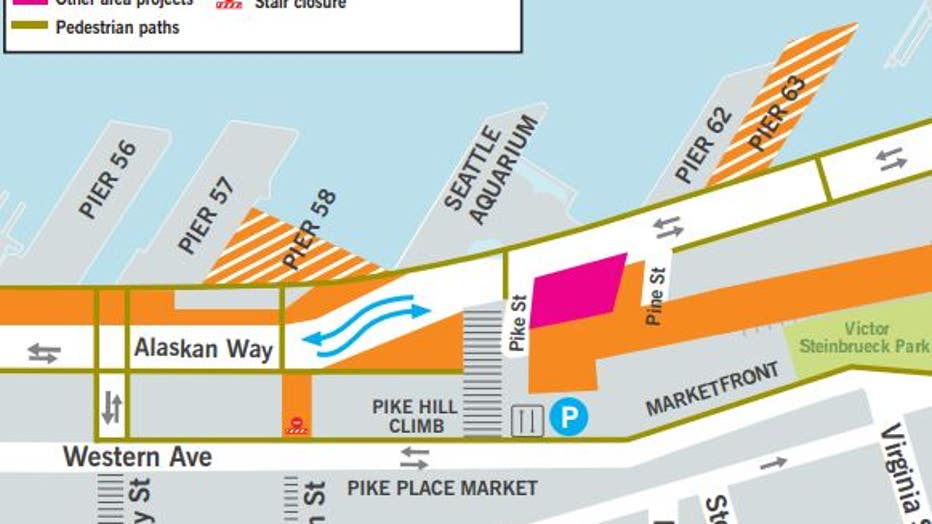 Pier 63 removal will also begin this fall, as early as Oct. 3, and use a similar process to Pier 62 removal, according to Waterfront Seattle. Pier 63 removal is anticipated to take approximately six to eight weeks and be completed by late 2022. Pier 62 was recently renovated and is an open public space with tables and benches, and hosts several events year-round.