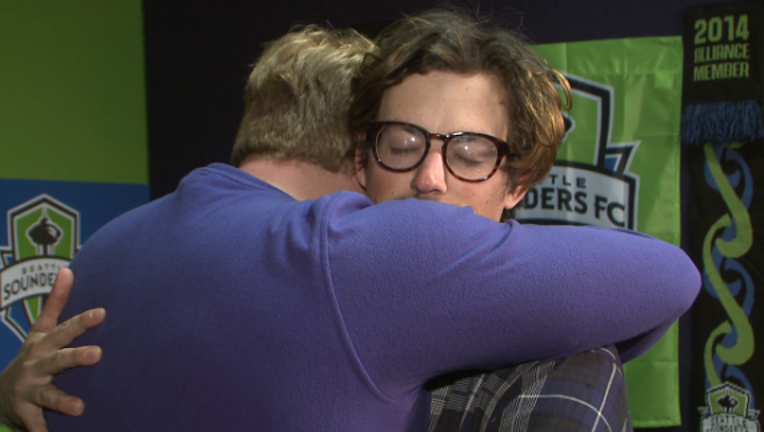 SEATTLE -- I've never been a snuggler.

No, I'm not against cuddling. I like hugs and cuddles as much as the next guy. But only with the girlfriend. And certainly not with a strange man I've never met. Who likes to wear flannel pants and a velvet shirt.

So perhaps I let my enthusiasm get the best of me when I signed up for a snuggle session with 36-year-old Mitch Diehr, Seattle's professional snuggler. How would I let a 6'3" teddy bear of a man spoon me?

But my questions were answered upon meeting -- and snuggling -- with Diehr. And what I learned was valuable, not only for myself, but for the people who SHOULD pay for an embrace from Seattle first professional snuggler.

I met Diehr at the Q13 FOX studio on Westlake Avenue. The owner, and at that point sole employee of 2-month-old Snuggle Up Seattle, only met at patients homes or places of businesses. One because he doesn't have a studio. Two because he finds clients are more receptive to relax at their own home.

First, Diehr said, because clients -- people who pay to be snuggled -- are most comfortable at their own homes and can get the most therapeutic benefits out of the snuggle. Second, because until recently, Diehr did not have a location for his business. But this changed recently as Diehr has brought on two female co-workers to join the rapidly expanding therapy. 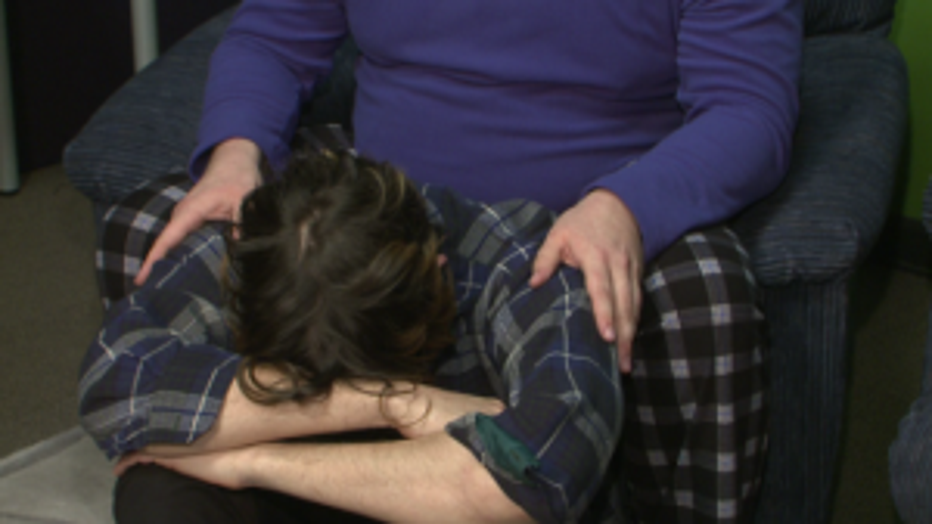 After a quick handshake, I lead Diehr upstairs to the quiet guest waiting room with comfy chairs and dim lighting. We sit apart from each other, and he explains he has worked as a professional actor and a stay at home dad.

I nod and smile, but too nervous and aware of our impending snuggle, I decide to come clean.

"I'm not much of a snuggle kind of guy," I tell him. "I'm not sure why I decided to book this. Is there any kind of, er, snuggle you offer to someone who isn't sure if they're into this sort of thing."

Diehr smiles. "We would never do anything you're not comfortable with. This is about calming you."

Despite myself, watching him smile and continue to listen to him talk about why he got into the business, I begin to calm. Diehr's deep, slow voice has a tranquilizing effect, like the ambient music playing above your massage table.

Still sitting across from each other, Diehr explains that everyone from birth needs and likes to be touched. It's just a need many think they lose over time.

"We all start out being very tactile people," Diehr says. "Being children and babies, touch is a very necessary component for all people. Touch is important to everyone."

A new study from the Association for Psychological Science confirms that babies indeed respond positively to touch. Heart rate slows and bonds are formed. Researchers from the study concluded touch plays a "vital roll in human social interactions."

Sure touch is necessary. But what about paid-for-touch? Isn't it something false; such as false intimacy or a false connection that could leave the buyer more alone than ever before?

Diehr explains that snuggling, like acupuncture or massage, is a form of touch therapy. Since everyone likes being held, everyone can benefit from snuggling, even if it's paid for like a massage. Diehr dismisses any claims that paid snuggling would have an implied allusion to prostitution. If a customer-- Diehr has snuggled both men and women in his business -- ever becomes too aroused or excited during the snuggling, he lets the person know they should calm down and is not afraid to end the interaction.

Diehr, however, said that has never happened, and everyone he is paid to snuggle with is in it for just that, snuggling.

Dieher's voice continues to ease me and I have him rub my hand. I ask if we can hug, and we do. The hug is a deep, soothing embrace like little I've felt.

"Melt into the hug," he says. "Really invest yourself in it."

I hug harder then step back and ask if he would rub my back. Though I'm not a huge snuggler, I kill for a back rub.

Sessions with Diehr cost about as much as a mid-level professional massage. Thirty minutes cost $35, 45 minutes is $45 and it's $60 for an hour.

Diehr also works corporate events for $150-an-hour. There, he explains to stressed out businessmen and women that life isn't how it used to be, and physical connection is becoming rare. Snuggling lowers blood pressure, helps relieve pain and can even lower levels of cortisol, which Diehr calls the stress hormone. Stress relieving touch is disappearing in our high-tech lives.

"We're fast becoming a society that is afraid of human contact," Diehr says as he rubs my shoulders. "People go to work and sit in their cubicle. People live by themselves. We text and 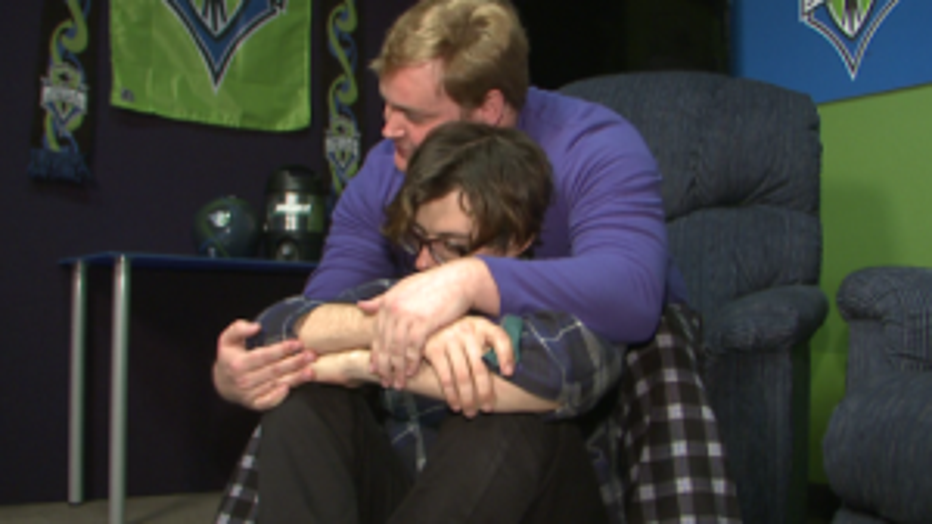 email and chat on the phone. Some days we don't have any actual human contact."

Diehr is not the first to call himself a professional snuggler. Others have recently popped up in New York, Chicago and nearby Portland. He compares the influx of snugglers to 40 years ago, when yoga studios were considered fringe, bizarre spots frequented by all-loving hippies. In 40 years, people could accept cuddling like they flock to yoga.

My eyes are closed and, before I notice, Diehr has me in a long, sitting hug.

Diehr says most of his clients come to him at first because -- like me --  they are intrigued. Who wouldn't be intrigued by a man who snuggles for money? But those who hire him for one session stay for the connection and relaxation, and continue to call him again and again.

He says over time he develops a personal connection with most, if not all, of his clients.

"That's my goal," he says. "To have a personal connection with everyone in the session."

After our session I shook Diehr's hand and told him I'd call if I thought of more questions. Back at my desk, I thought about the therapy.

Was this something I'd pay for, or go to at a price on a regular basis?

I wasn't sure. I was chilled out following the snuggle, like I had just left a massage. And maybe any reservations I still had could be soothed if I snuggled with one of the two female co-workers Diehr has since brought on to Snuggle Up Seattle. Yet that would bring it's own set of problems.

As I sat in my chair, browsing the  internet and gleefully waiting out my week I thought Maybe Diehr was right. Perhaps everyone is a snuggler from birth. Human touch is relaxing, and those who have gone without or want more of it could use Diehr's therapy.

In the end, Diehr and I never spooned. It's not that I was against it, I just prefer to have my back rub. Some can say I didn't get the full service when writing the article. But hey, this was my snuggle.

Here is a link to Diehr's snuggling service, Snuggle Up Seattle.