SEATTLE-- Washington was only a U.S. territory when the Civil War broke out in 1861. There were no battles here -- but there some Civil War memorials around the state that are getting attention in light of the violence in Charlottesville, Virginia, last weekend.

Seattle's Lake View Cemetery on Capitol Hill, off 15th Avenue East, has been home to a Confederate veterans' memorial since 1926, The cemetery was closed Wednesday, and an office staff member said it was  going to stay closed until things "calm down." The manager declined to talk to Q13 News on camera. 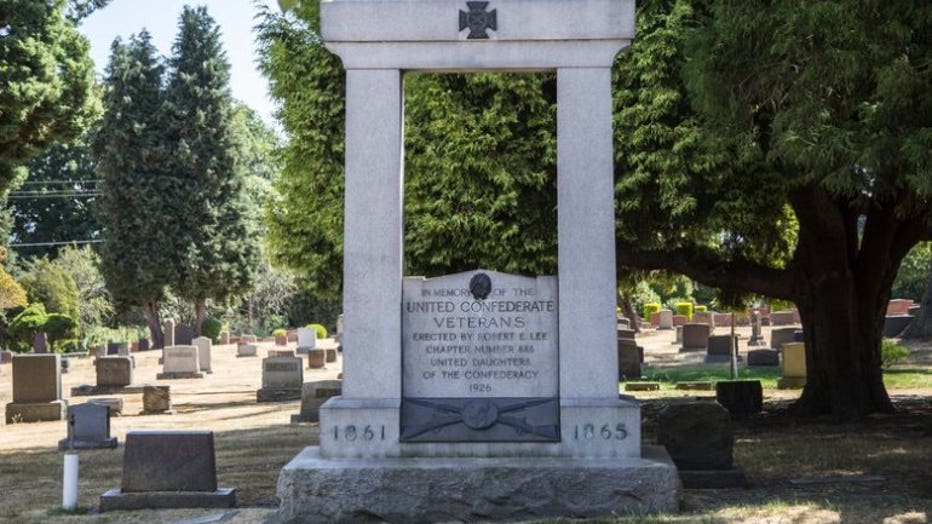 The memorial to Confederate veterans in the Lake View Cemetery in Seattle.(Photo courtesy of The Seattle Times)

The cemetery is also the resting place for Seattle founders like the Dennys and the Dexters. More recently, the cemetery attracts tourists to the graves of celebrities Bruce Lee and his son, Brandon Lee. The cemetery staff says they're just being cautious about vandals.

Our news partner at The Seattle Times reports the Confederate monument has been vandalized twice in the past.

Made from granite shipped intentionally from Georgia, the monument has been in the cemetery for 91 years. The inscription says it is in memory of the United Confederate Veterans. It was paid for on the private land by the Daughters of the Confederacy organization.

But, this is not the only memorial to the losing side of the Civil War in Washington state. Whether you know the street as Highway 99, Aurora Avenue North or Evergreen Way -- until 2016 it was named after the only president of the Confederate States of America, Jefferson Davis.

At another site, the Confederate flag flies at a place called "Jefferson Davis Park" on a private plot of land along Interstate 5 in Clark County just north of Vancouver, Wash. It is run by a group called the Sons of Confederate Veterans, Pacific NW Division. 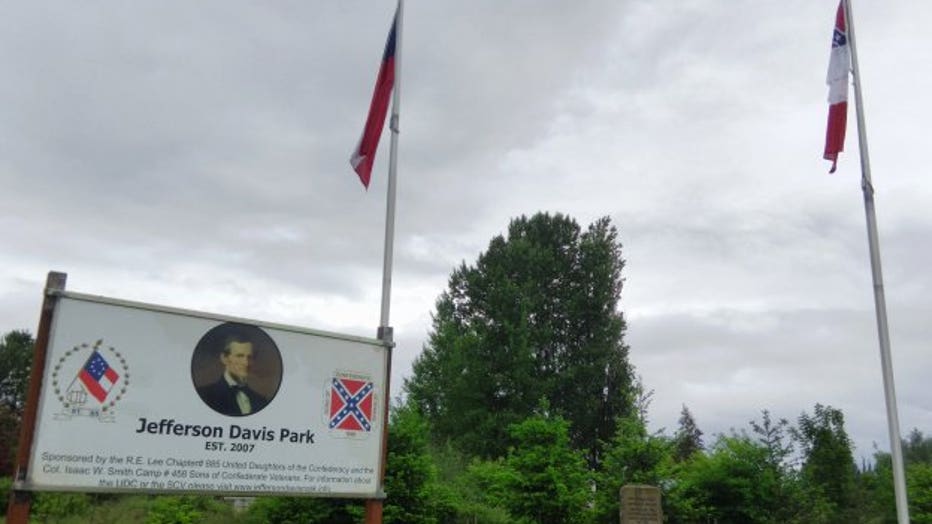 On their Facebook page, it says that they have been under attack. In a statement pinned on the group's Facebook page Wednesday, the group said, "Our ancestors fought against a tyrannical government, that invaded our lands, killed hundreds of thousands of southern soldiers and civilians. The confederate cause was and still is a just cause." 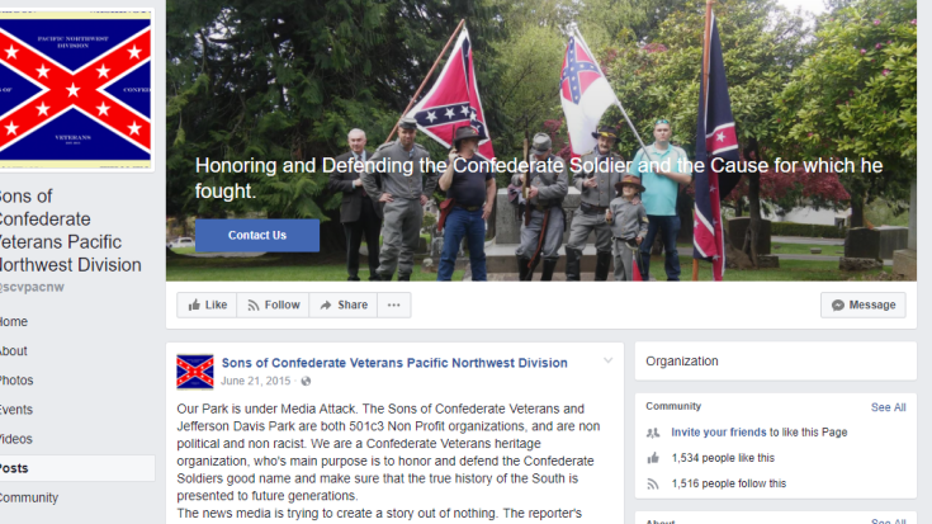 In regards to the Seattle Confederate memorial, a petition on the website Change.org had gathered more than 2,800 signatures by the time of this writing.  It called for the mayor of Seattle to remove the memorial, which is on private property.

Mayor Ed Murray responded Wednesday afternoon, saying,  "We must remove statues and flags that represent this country’s abhorrent history of slavery and oppression based on the color of people’s skin. It is the right thing to do. During this troubling time when neo-Nazis and white power groups are escalating their racist activity, Seattle needs to join with cities and towns across the country who are sending a strong message by taking these archaic symbols down."

However, the mayor's statement continues to say that he acknowledges that the memorial is on private property and while he's reached out to the Lake View Cemetery, there is nothing he can do about relocating or removing it.

For history lovers, just north of the Lake View Cemetery is a cemetery and official Seattle city park dedicated to the Grand Army of the Republic. It honors Union soldiers and veterans that fought for the North.