SEATTLE -- Residents at the Canterbury Shores Condos on the Madison Park waterfront are starting to see cracking on the walls and ceilings inside their units.  They blame pile-driving work on the West Connector portion of the new 520 Bridge project. 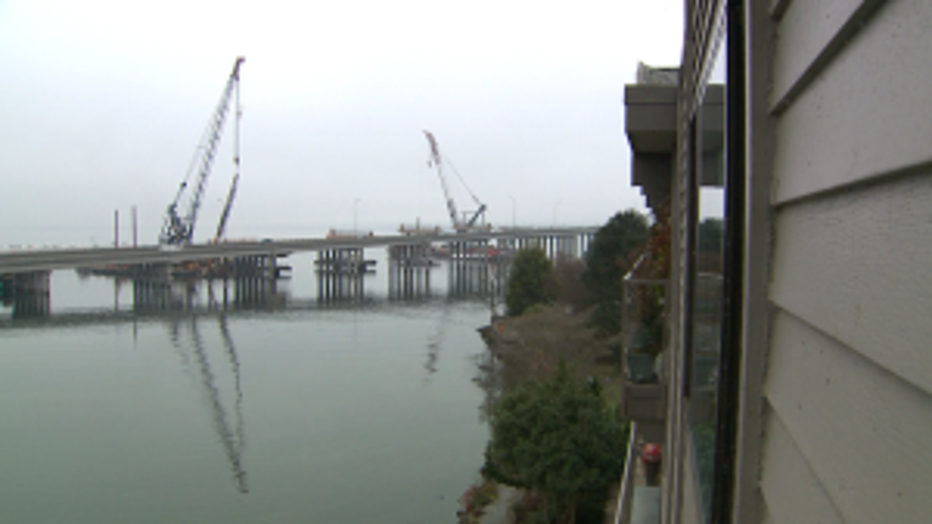 The drilling is extremely loud and so powerful, you can literally feel the floor shake on the top level of the four-story complex built in 1967.  The noise gets annoying, but residents are more concerned about potential structural damage to the building. 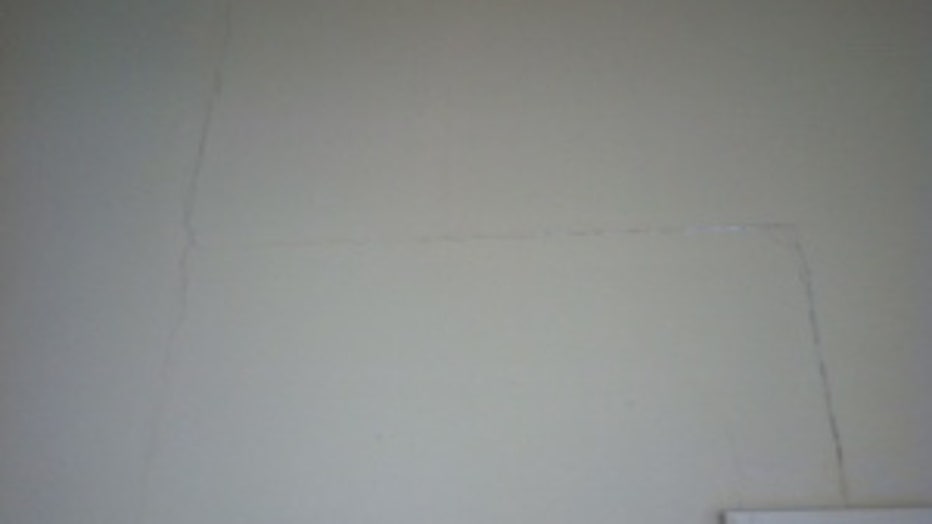 For the last few weeks, Building Manager Don Morgan has been fielding complaints from tenants and says eight units have cracking damage so far.

Bill and Mary Ann Mundy have lived at Canterbury Shores for 20 years.  Earlier this month, the Mundys and others on the board asked the Washington State Department of Transportation to take a closer look.

“They were not willing to do any sort of sophisticated monitoring of the building.  We even offered to pay half the cost to do this and they said no,” said Bill Mundy, who is also a member of the Coalition for a Sustainable 520 group, which is a watchdog for the project.

Not satisfied with WSDOT’s initial response, a group of owners hired an outside engineering firm to assess any potential damage to the foundation or other parts of the structure.

On Monday, a group of WSDOT engineers visited the complex and spoke with us about the cracking.  At this point, they feel there is nothing to worry about.

“Even though you feel the vibration, the level is pretty low.  Our contractor would allow us to go much higher than that before we saw what we would consider a lot of structural damage.  What we’re seeing we believe is more cosmetic than anything else,” said Dave Becher, WSDOT Construction Engineering Manager.

The drilling is expected to last until at least April, with more to come when the old bridge is demolished.

WSDOT says it has installed seven vibration monitors on the property and will continue to monitor the vibrations.  The agency believes the age of the building, as well as soft soil settling near the lake, could be contributing to cracking.

The outside engineering firm has installed more than 20 of its own monitors.

Owners have the right to file damage claims, which they say they plan on doing after the independent firm finishes its work.