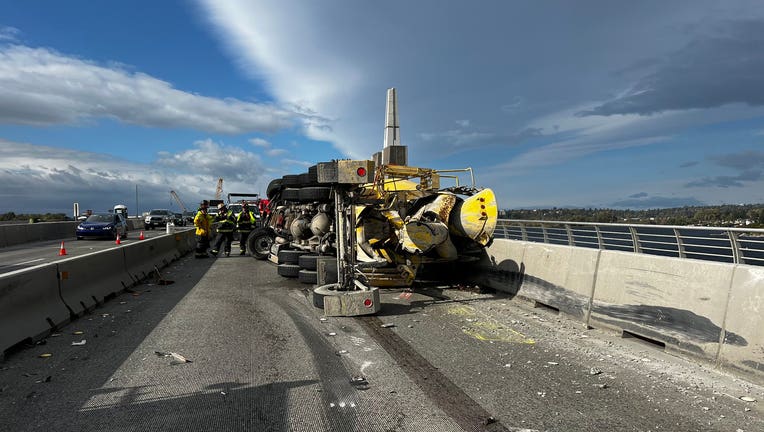 SEATTLE - A concrete mixer rollover forced the closure of both directions of the SR 520 Floating Bridge on Thursday.

According to the Washington State Patrol, the truck rolled over shortly after noon and blocked the road. Several hours later, the roadway reopened.

The driver was taken to Harborview Medical Center where that person was listed in critical condition. Washington State Patrol said the windstorm indirectly caused the rollover.

The semi drove partially up the barrier and subsequently rolled, WSP said.

Troopers said there were eight yards of concrete in the drum, but fortunately the concrete did not spill out. There was a small fuel spill.