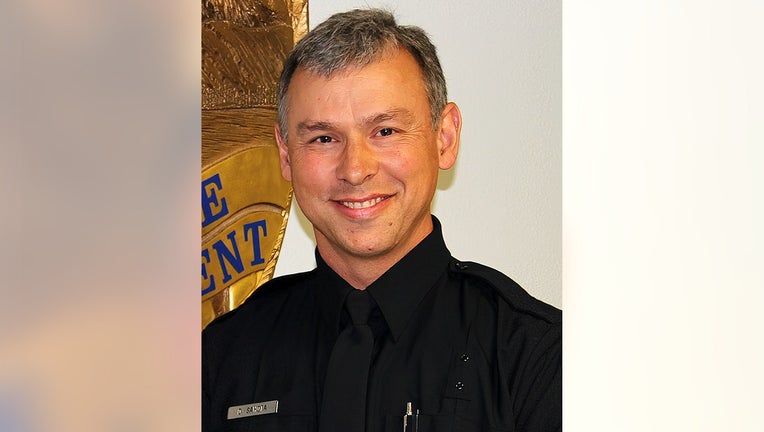 Vancouver Police Officer Donald Sahota was killed while off duty at his home on Saturday after deputies mistook him for a robbery suspect, according to investigators. (Vancouver Police Department)

VANCOUVER, Wash. - Residents and law enforcement members gathered Tuesday to honor a Vancouver police officer who was mistakenly fatally shot Jan. 29 by a sheriff’s deputy during a search for a man suspected of armed robbery.

A procession of law enforcement vehicles headed toward ilani casino where a service began at 1 p.m. for officer Donald Sahota, The Columbian reported.

A small crowd of people gathered on an overpass in Ridgefield to wait for the procession. One of them, Tricia Davis of Battle Ground, said she had met Sahota and described him as a "wonderful, gracious man."

Sahota, 52, joined Vancouver police in April 2014. He worked in patrol, among other duties, and most recently was assigned to the training unit. Before that, he was a police officer in Gresham, Oregon, and for the Port of Portland Police Department.

Sahota, who was off duty Jan. 29, was stabbed by a man who showed up at his home while evading police, and then was mistakenly shot by Clark County sheriff’s deputy Jonathan Feller.

An autopsy has confirmed that gunshots from a fellow law enforcement officer — not stab wounds from a robbery suspect — killed a Vancouver police officer over the weekend.

The suspect had robbed a Vancouver gas station at gunpoint and fled in a stolen vehicle with several hundred dollars, authorities said.

Officers stopped his vehicle with spike strips, but he ran off and ended up about 10 miles (16 kilometers) from the gas station, at the officer’s home near Battle Ground.

Sahota collapsed on his porch after being shot and died at the scene. Responding officers didn’t realize he was the homeowner until the suspect emerged from the front door with his hands up. The suspect was arrested.

Vancouver Chief James McElvain said during the memorial service that he was devastated by the loss of Sahota.

"I have no words to fill the void that he has left behind, other than I am so sorry for our loss," McElvain said.

Sahota is survived by a wife and two children.

Feller has been placed on critical incident leave, standard procedure in a use-of-force incident, according to the Lower Columbia Major Crimes Team from Cowlitz County, which is investigating the shooting.