A community honors a WWII veteran who broke barriers and became one of the first African American U.S. Marines who fought in the Battle of Okinawa in Japan. Q13's Matt Lorch reports.

SEATTLE - It’s a big question so many of us ask: When your life is over, what will people say about you?

Beloved Seattle resident and WWII veteran Clayton Pitre passed away in January 2021. Pitre was a corporal in World War II who broke down barriers and made it his mission to lift up others along the way. His life was a remarkable story of courage and commitment to his community.

At a cemetery in Shoreline on a cold, winter day, people shared heartwarming stories about the 96-year-old war veteran.

"He wasn’t the type of fella that believed you should ever stop," said his son, Clayton Pitre Jr. 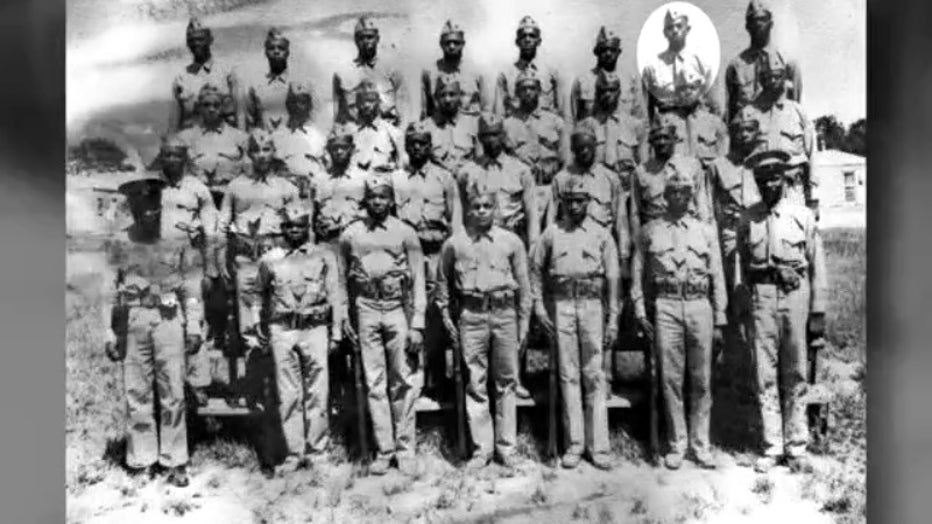 Corporal Clayton Pitre in the U.S. Marine Corps circa 1943.

"What made my dad so special, is that he was kind of a Renaissance man," said Paul Pitre, another of his three sons.

But to understand how their father lived, you have to learn about where he’s from.

Pitre was born in 1924 and raised in the Bayou country of Louisiana. He strongly believed education was the key to a brighter future but hit a big roadblock along the way.

"Just in the town that he lived in, he could only get education through the ninth grade," said his son Paul.

Pitre helped break the color barrier in 1943, as one of the first Black men to serve in the U.S. Marine Corps. He trained at a segregated base in North Carolina. He and his fellow Marines became known as the Montford Point Marines.

The group would be deployed to the South Pacific and the Battle of Okinawa, fighting an enemy abroad and discrimination back home.

"They wanted so badly to prove just like the Tuskegee Airmen to prove that they were U.S. citizens and they could fight just as hard for their country as anybody could,"  said Ed Doyne, President of the Marine Corps Support Group of Washington.

"He felt as if most Black military, that if they did a good job for the country they would ultimately come back home and have the level of self-respect that they deserved to have," said Clayton Pitre Jr.

Looking for that respect and opportunity, Pitre returned from the war and followed his older brothers to Seattle, where he met his wife, Gloria, a college professor.

While getting his degree in accounting from Seattle University, he became fluent in three languages. They would raise three successful sons, always emphasizing the importance of education.

"He was proud I got into Stanford and graduated from Sanford," his son Michael Pitre said with a smile.

His family’s success was just the beginning.

Pitre helped start the African American Dollars for Scholars Foundation to remove the financial barriers, so more Black students in the Seattle area could go to college.

"He loved to tell stories about some of the students that he saw actually prosper," said Paul.

The state of Washington highlighted Pitre’s life’s journey in an in-depth article calling him "The Invisible Marine."

His recognition would come in 2012 when Pitre and his family joined more than 400 Montford Point Marine veterans in receiving the Congressional Gold Medal – the highest civilian award issued by Congress. 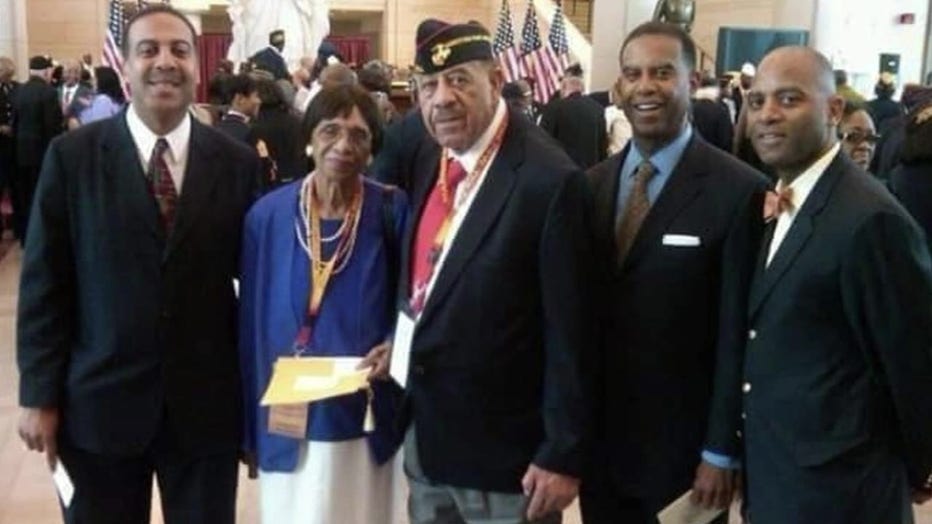 Pitre with his wife and three sons in Washington DC after he received the Congressional Gold Medal. 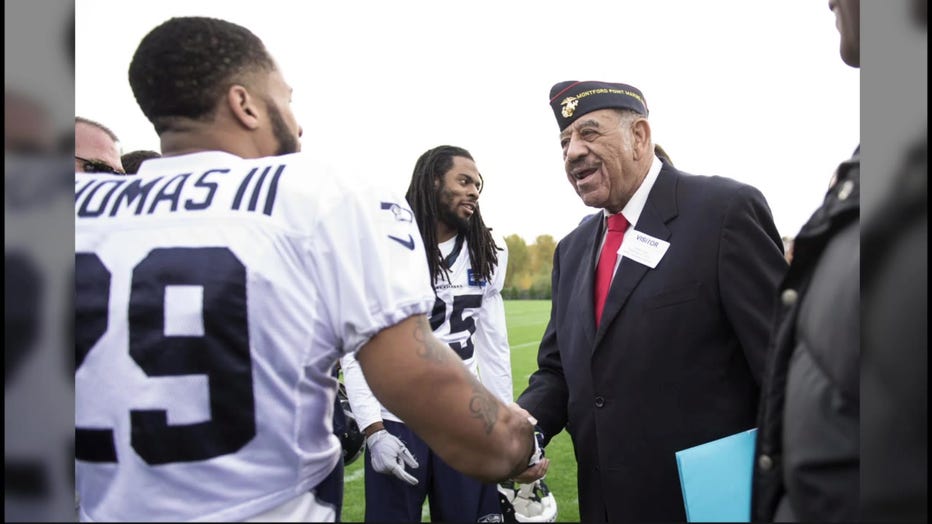 In 2015, the Seahawks called on him to share his inspirational journey, as players lined up to connect with him and huddle around Pitre's story of perseverance. Pitre raised the 12th Man flag high above the stadium in front of 70,000 appreciative fans 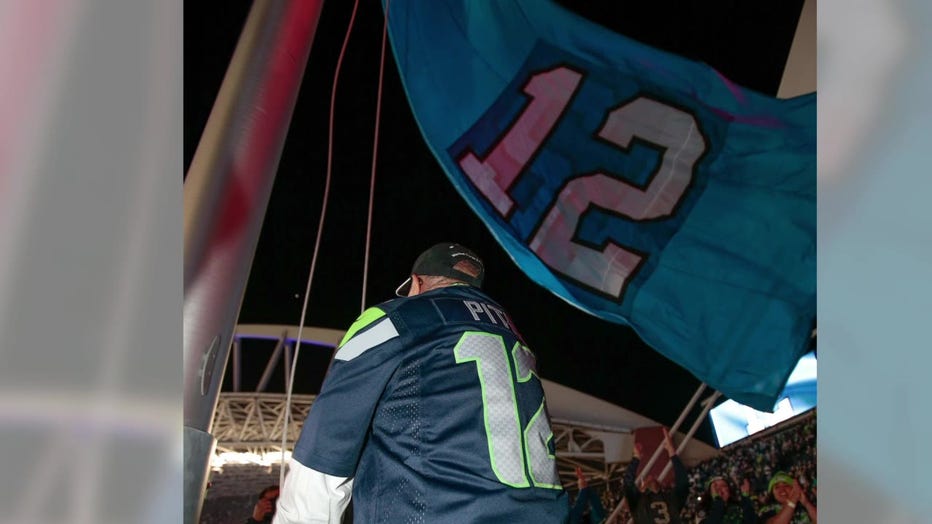 Pitre raising the 12 flag for the Seattle Seahawks before kickoff.

His final honor, however, would come after his passing. His limited time in the service so long ago might have meant a limited military funeral.

The Marine Corps Support Group of Washington would not have it any other way.

"He was such an awesome guy to all of us, that we wanted him to have that," said Doyne.

"His real legacy should be, keep pushing forward. Better yourself. Do better than the previous generation," said Michael.