SEATTLE -- So many of life’s big moments like graduations, weddings, reunions, and more have been put on hold or canceled during the pandemic.

Seattle mother Vivian Armstrong wanted to make sure her son’s special day during this difficult time, would be one he’d always remember. 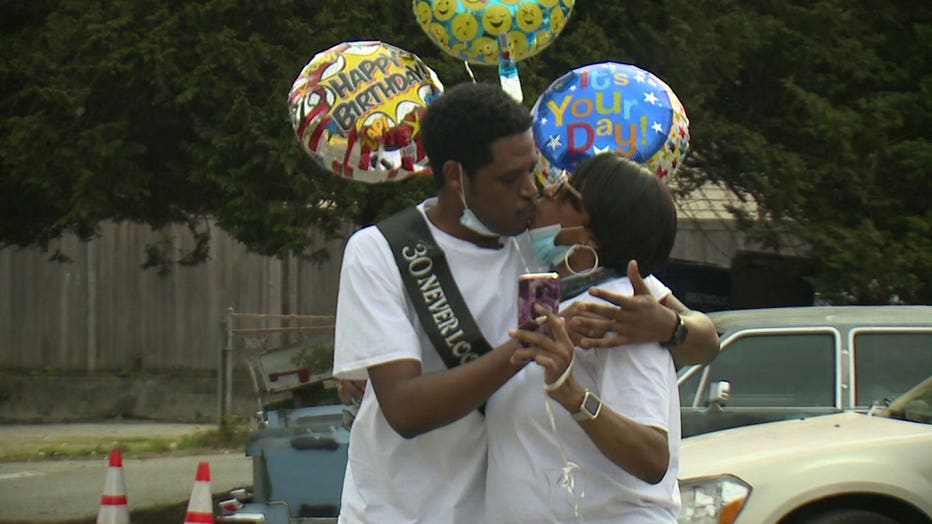 Her son, Frankie Hogan, just turned 30-years-old. He was born with intellectual disabilities and limited language skills, but graced  by a big, beautiful smile, a lovable personality and a desire to always go big on his birthday.

Armstrong couldn't host a big party or take their planned trip to Las Vegas because of coronavirus and the stay home order. So she got creative.

“I invited a whole bunch of friends and family," Armstrong said.  "I asked them, would they help me participate in this for Frankie. And they all agreed, because they all love him.”

They created a parade for Frankie, with a line of cars and love, that wrapped around the block. 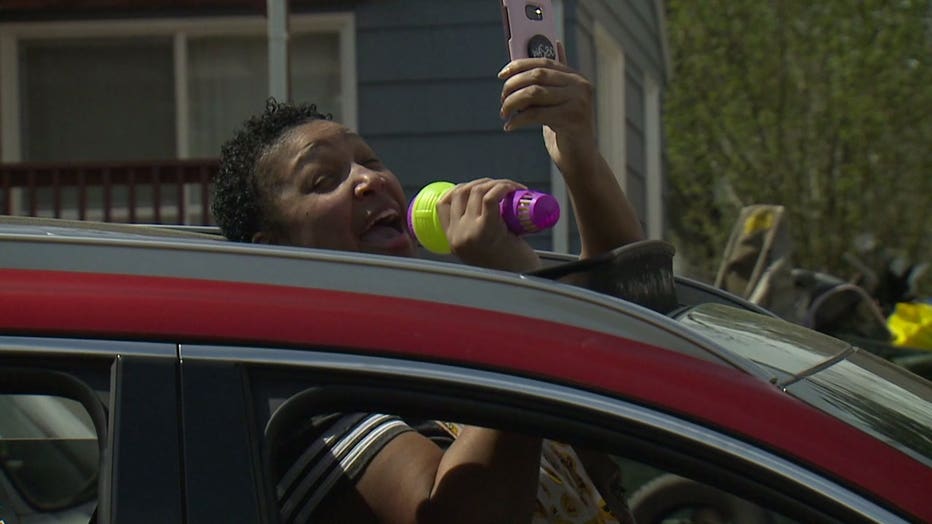 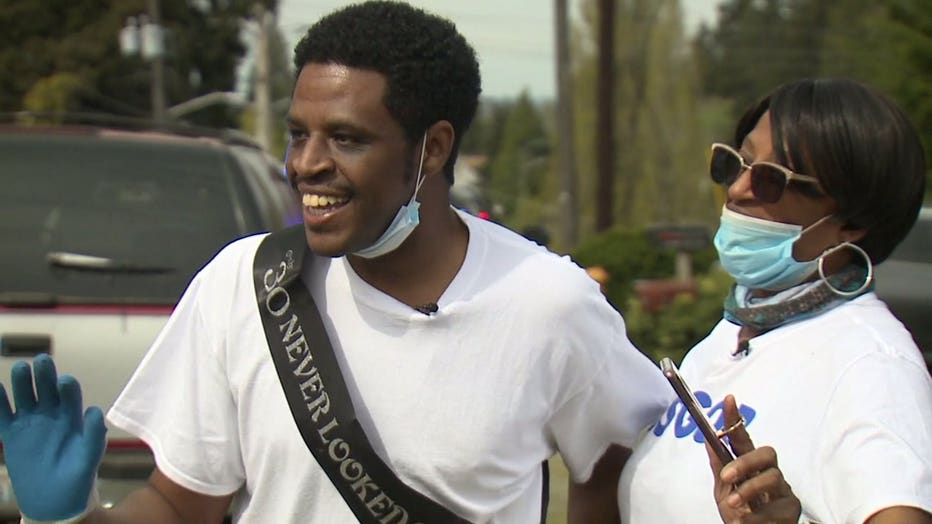 Some had signs. Others balloons. One woman with a microphone sang, "Happy Birthday Frankie! We love you Frankie!" 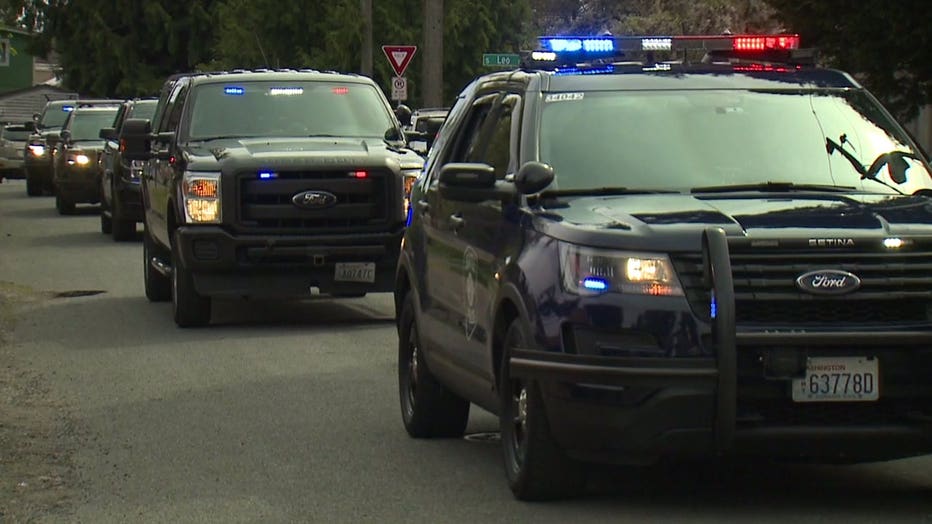 Then they joined frankie in a bit of training to keep him in shape, while his Special Olympics competitions are on hold. 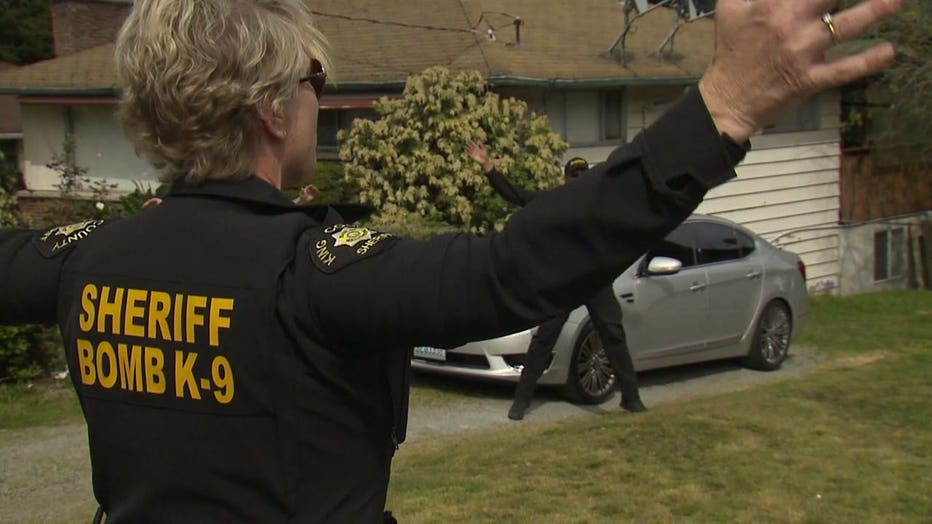 Heartwarming to see, that during a time we're told to stay apart, a community came together--  for Frankie.