SEATTLE -- We start by putting our spotlight on everyone who felt NBA heartbreak earlier this week. 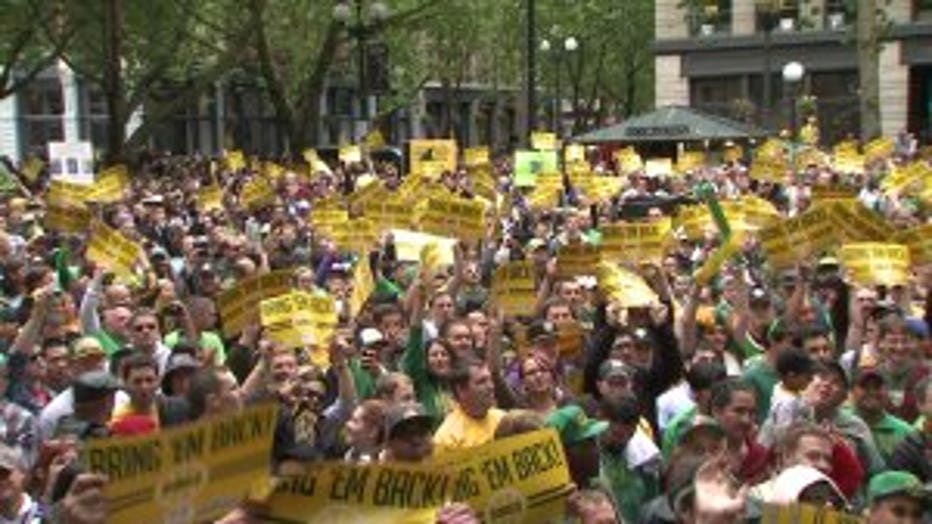 To you, I say thank you.

When the NBA’s relocation committee gave its unanimous recommendation to keep the Kings in Sacramento, that nauseating feeling returned. That same bitter, depressing knot was back in our stomachs. And while we shifted our anger toward Commissioner David Stern, many of us were madder at ourselves for once again becoming so emotionally invested in the idea of having pro basketball return to Seattle.

Worst of all, we’ve had to listen to the annoying know-it-alls beating their chests and saying, “I told you so -- the league fooled you twice, so shame on you.”

But really, shame on us for what? For being fans? For having hope? For believing that one day the NBA would make things right? Because that hope still lives on.

After all, no matter what people say their motives are, Chris Hansen and Steve Ballmer are in this for one reason: to bring smiles back to the Sonics fans who were wronged five years ago. No one jumps through that many hurdles, makes that many concessions and spends that much money if wealth is their top priority. It’s clear that they’re in this for the fans. And they’ll keep fighting, as long as we believe.

Remember, I stood here last year, incredulous as to why the City Council wasn’t immediately approving the initial Memorandum of Understanding for a new arena. But Hansen eventually made it work.

Now, we’re incredulous as to why the NBA is turning down such a sweetheart of a deal. It’s fair to believe Hansen will eventually make this work, too.

And while the league is making it increasingly clear that it might not be the Sacramento Kings, I think the NBA would still be hard-pressed to simply tell power players like Hansen and Ballmer to take a hike. Forget the rhetoric, something good is going to happen. It might not be this fall or even next year, but eventually, Seattle will get a team.

You can say that I’m living in denial with the other Sonics faithful. That our hope is blinding us against the constant hypocrisy of the NBA.

But I’m in it for the long haul. This game is far from over. And as long as we believe, I’m pretty sure Hansen and Ballmer will go for broke, too.