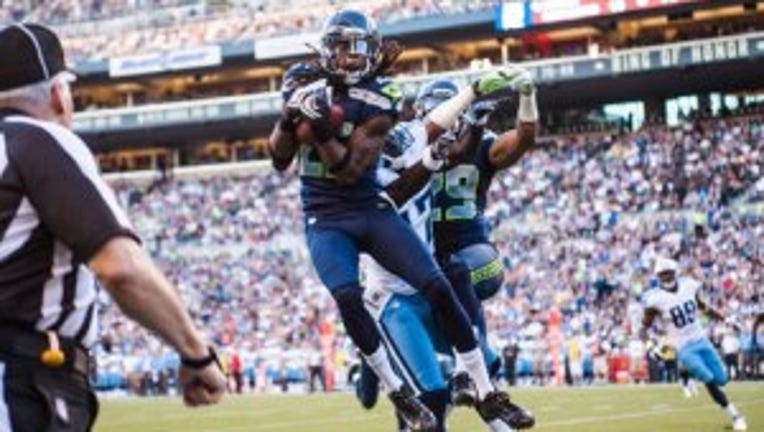 SEATTLE -- We start by putting our Bud Light Spotlight on the appeal of Seahawks cornerback Richard Sherman for his positive test on performance enhancing drugs – because the verdict could influence their season even more than tonight’s game.

According to ESPN, Sherman’s appeal is based on a claim that the cup containing his urine specimen was leaking.  A second cup was needed to capture the leakage. Sherman reportedly argued that the second cup’s seal had already been broken before being used to stop that leakage – which constitutes a violation of the chain of custody.

It comes down to whether the collector confirmed that the second cup’s seal was broken.

A decision is expected this week. If the ruling is upheld, Sherman will be out for the next four games – including the playoffs.

Some fans are already angry that Sherman didn’t take the four-game suspension before the playoffs. I think that’s completely ridiculous.

If Sherman truly believed in his innocence, then he’s fighting for his reputation – he’s fighting to clear his name. You can’t fault a man for standing up for himself – when his legacy is on the line. It’s the reason I ripped Lance Armstrong for dropping his fight right after he was stripped of all his Tour de France titles. It basically pinned him as guilty.

Sherman claims innocence, and he acted appropriately in this case.

We know Sherman is a talker – but he’s always walked the walk. I don’t doubt he’s doing anything different here – by doing what he thinks is right.

And unless he actually admits to taking a performance enhancing drug, or indisputable evidence becomes public, I`ll still blame the system more than blaming Sherman - even if the appeal is upheld.

Because the NFL’s drug testing system and subsequent appeals process is much different from our normal legal system. There's much more ambiguity. And in this situation, it comes down to the word of - yes - the pee collector.

It`s he said, she said. And Sherman's at a disadvantage. It`s doesn't seem to be innocent until proven guilty, rather the other way around.

Finally, as optimistic as I am about the Seahawks, i can’t see them reaching the super bowl without Sherman – which is more a credit to Sherman’s talents, than a knock on the rest of the team.

In less than two seasons, Sherman has become one of the most feared cornerbacks in the league. His absence against the three of the NFL’s best teams on the road in the playoffs is a burden I’m not sure even the Seahawks can handle.

So keep your ears open for a decision this week. But have an open mind. Don’t be so quick to judge – there was a reason he appealed to begin with. Let’s not let the court of public opinion convict him without the black-and-white facts that may never come to light.