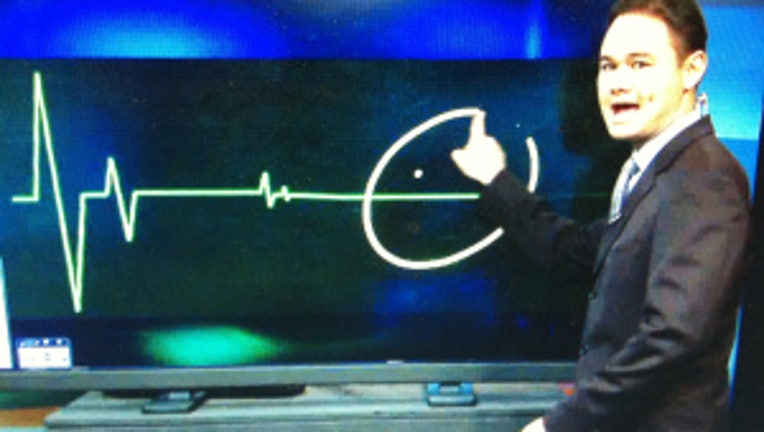 But we start by putting our spotlight on a heartbeat. Five years ago – we were on life support. We had flat-lined. We were the laughing stock – the irrelevant wanna-bes from “Southern Alaska” enduring arguably the worst year for any city in the history of sports.

This is Seattle’s heartbeat now. Keeping the pace – only getting stronger – And the last week of sports – the most satisfying of all – Seattle, becoming the center of the sports universe – with three huge stories that’s put the rest of the country on notice.

Say what you want about the Robinson Cano’ deal – but I love it on so many levels – and not just because it shocked the baseball world, and especially the Yankees. By signing the biggest-name free agent available, it showed the Mariners finally have a pulse. It gives them legitimacy throughout baseball – and credibility to help bring other free agents to town.

Signing Cano wasn’t desperation. It was necessary. Losing teams often need to overpay to get the ball rolling. Obviously – Cano can’t single-handedly turn this dormant franchise around. But that’s the beauty of it – the Mariners have a lot more money to spend.

Take a look at their current financial commitments, according to Prospect Insider – including an estimation of $24 million this year for Cano, and two million each for Justin Smoak and Michael Saunders, who will go through arbitration. That puts the Mariners at $65 million dollars total.

Howard Lincoln said he expects payroll to increase this season. Let’s be extremely conservative in this case… If the M’s spend 100 million dollars next season – they still have at least 30 to 35 million dollars left to spend this offseason.

I know it was embarrassing a few years back to lose 100 games with a hundred million dollar payroll. But look at the payrolls of the final four teams in baseball last year. Three of them had a top-5 payroll. It just proves again that you have to spend money in an uncapped sport to have the best chance to win.

And then – there’s the guy who said no to every other school except for Washington.

Petersen was the ungettable get.  The home-run hire most Husky fans wanted, simply because of the success he had at Boise State. At U-Dub, he now has the facilities, the resources, and the recruiting allure of playing in a power conference. Petersen’s potential as a head coach has no limits – and his move to Seattle, opposed to anywhere else not only raised eyebrows, but once again put our city in the spotlight.

Add the national adulation of the Seahawks on Monday Night Football - and Seattle has the nation on alert. Big things are happening here - and we deserve it.

What a difference five years can make. Seattle’s heartbeat is strong now – and the rest of the country is on notice.