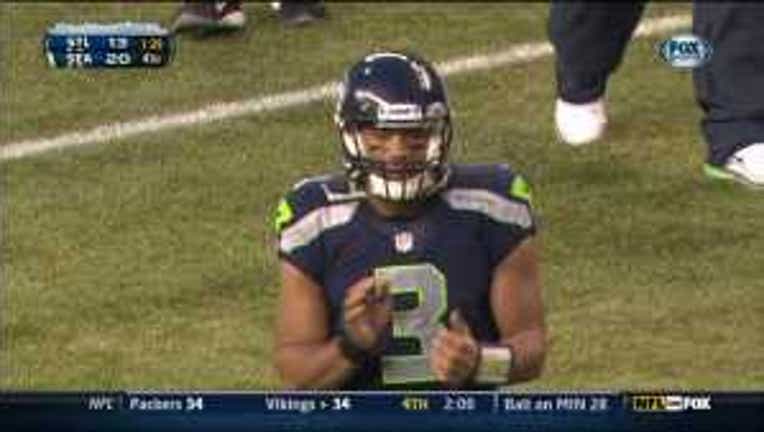 It’s amazing that at this time last year, Russell Wilson and Chris Hansen were two men who meant absolutely nothing to Seattle sports fans -- now, they’re beacons of hope we so desperately needed.

In less than a year, each of them arrived in Seattle and worked miracles. Imagine if I stood here last December and told you a third-round draft pick would tie Peyton Manning’s rookie record for touchdown passes and lead the Seahawks to its first undefeated home season in seven years.

And, imagine if I added that some random guy would come in, offer close to a billion dollars to bring the Sonics back, and convince our local leadership to approve plans for a new arena -- that would have been grounds to bring the straightjacket back -- you would have called me crazy, and yet both came true.

It’s amazing how similar Wilson and Hansen are. Each are small in stature, yet command the attention of the room because of their actions, intentions, work ethic and intense commitment to their cause. For Wilson, the cause is to win multiple Super Bowls. For Hansen, it’s to bring the Sonics back.

Hansen and Wilson each came from humble beginnings and each have underdog stories, but I can’t come up with two greater ambassadors for our city.

From what we’ve seen, Wilson and Hansen are good men with huge hearts, whose penchant for goodwill are just as strong as the causes they’re fighting for. After all, who puts his life savings on the line like Hansen, and then offers to buy us all a beer? What rookie quarterback spends his time off every week by visiting patients at Seattle Children’s Hospital? They don’t do it because they have to, they do it because they want to, because they can and because that’s the kind of men they are.

2012 was a year that introduced Chris Hansen and Russell Wilson to our great city. It was the year in which their ultimate legacies were born.

So I look back at this year, and toast them. As sports fans, we needed them more than they needed us. For a city yearning for hope when it comes to local sports, their timing couldn’t have been more perfect.