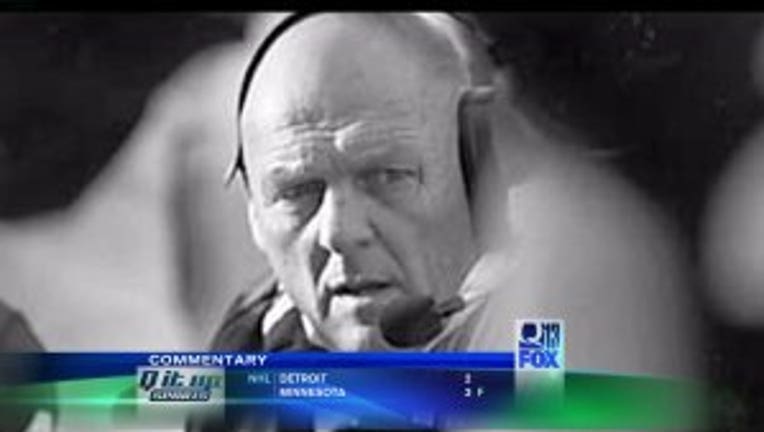 TACOMA -- At 85-years old, former Pacific Lutheran football coach Frosty Westering has recently been in the hospital and is now at a hospice care facility. At last update, he’s been eating well and in good spirits.

Westering is a true legend. And a hero in so many ways.

It’s been 10 years since he retired, and I’d bet that many outside Tacoma don’t know Frosty’s 305 wins rank 10th all-time among college football coaches. In fact, the 300 win club includes the names such as Bear Bryant, Bobby Bowden, Eddie Robinson – and Frosty Westering.

But the bigger shame might be those who aren’t familiar with Frosty’s impact on those he coached.

I encourage everyone to Google Frosty Westering’s name - because my sitting here talking about him will do little justice. I recommend visiting the Facebook page dedicated to him, labeled “Frosty’s fans,” and to read amazing first-hand accounts of the man he was. And, the man he is.

Those who know him should leave a message to show him you care.

Frosty led the Lutes to four National Championships – including an improbable Division Three title in 1999. But his unique coaching style – one that prioritized compassion and sportsmanship – is what he’s known for the best. As one sports illustrated article put it, Frosty was less interested in football than he was in shaping players lives and influencing their hearts and minds. And still the Lutes would then politely knock the stuffing out of you.

The man who preached “make the big time where you are” made the big time at PLU. The rest of the world might not know it, but the Lute family was changed forever because of Frosty’s impact. He has had a ripple effect on those in the community who might have never even met him.

It’s fitting that so many local sports legends are known by just one name. Junior. Edgar. Marshawn. Frosty clearly belongs on that list, too.

Tonight, I give my best to frosty and the entire Lute family. Here’s to a complete recovery and many more years of touching people’s lives.