We start by putting our spotlight on the 'safety first' emphasis in the sport of football. In theory, it's an excellent and necessary initiative. But in my opinion, it simply cannot be enforced at full-speed by the officials on the field.

Just ask Bruce Irvin with this hit that was penalized earlier today. That's aggressive football. Unfortunately, one man watching at full speed evaluated it as illegal. The problem is, the officials have been instructed to err on the side of caution, making every somewhat questionable hit a penalty.

And they're having to do so at game speed, like they did last December with this incredible, and clean, Kam Chancellor hit on the Niners' Vernon Davis. It feels sometimes that penalties like these are ruining a sport we love.

But ask a defensive lineman where you can hit a quarterback. He can't hit him here (head). He can't hit him here or here (legs). You can't bring him down with a horse-collar tackle. Oh, and make sure you don't launch with the crown of your helmet, while chasing the guy at full speed.  What you're asking the players to do is often virtually impossible.

Poor Michael Bennett  should have tallied at least one sack today. Instead, he was flagged for roughing the passer for an illegal hit below the knees. According to NFL writer Brian McIntyre, Bennett also has 200-thousand dollars in sack incentives in his contract. So instead of reaping part of that reward for a great, aggressive, instinctive play, Bennett was publicly admonished by an official on the field.

Man of these penalties, based on split-second reactions at full speed, often change the complexion of a game.  Fortunately the Seahawks haven't been affect, but I worry about the time they will be.

So what's the solution? There aren't many good ones. Instant replay on questionable hits would lengthen the game significantly, but at least the officials could still make sure they got calls correctly. Waiting to fine players until after the game won't do the trick either.

But if we continue down this road, the NFL will be flag football one day, or defenders will have to ask permission before tackling their opponents. It's an issue that needs to be addressed more than it already has and addressed extremely soon. 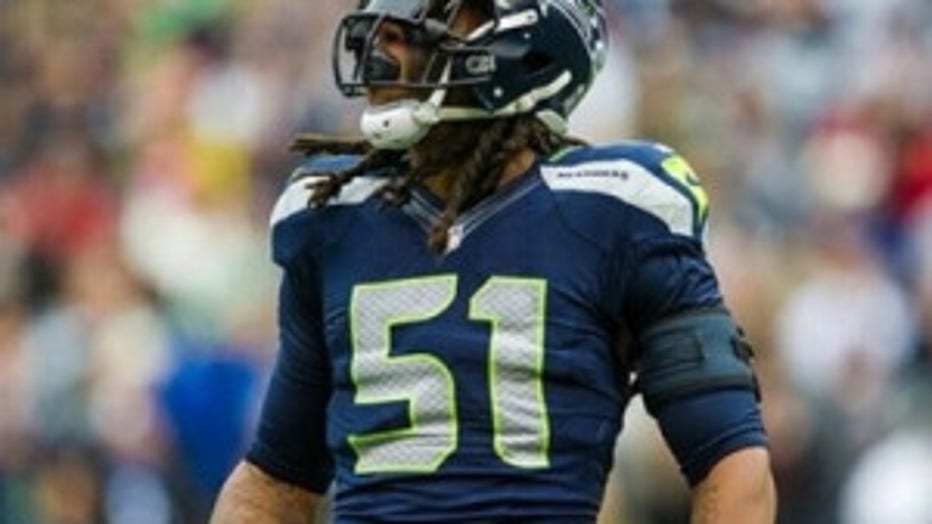