SEATTLE -- We put our spotlight one last time in 2013 on NBA Commissioner David Stern. 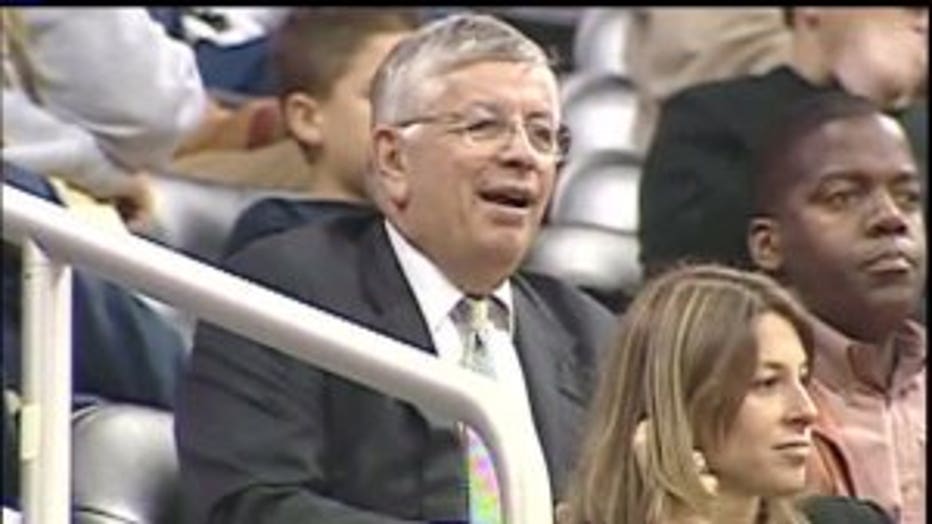 I could stand here and call him a pompous, egotistical and overpaid hypocrite, whose unnecessary cheap shot at Seattle said it all. But what burns me most? That outside Seattle, his legacy might be considered admirable – even heroic.

I worry that when Stern retires in February, the national media will praise him for his accomplishments more than his failures. After all, the NBA’s overall success over a 30-year period in terms of financial growth, globalization and league prosperity is tough to match. It’s fair to say that those triumphs will overshadow the black marks of a few lockouts, a referee betting scandal, and the relocation of the Sonics to Oklahoma City.

I worry that in the big picture of Stern’s career, the world turns its head on the sacrificial lamb.

That it forgets how he played our city like a fiddle – twice – for the greater good of his league.

If Stern had any remorse at all, this past week was his ultimate chance at redemption. A promise of expansion could’ve helped make things right. Forget his policies of protocol and process – enough owners would’ve followed Stern’s lead had he actively supported a special circumstance for expansion in Seattle – especially on the heels of another exceptional presentation by Chris Hansen.

Instead, Seattle got nothing.

And to be clear, when Kevin Johnson and Sacramento bent over backwards, Stern reciprocated.

But when Hansen and Steve Ballmer did, Stern didn’t lift a finger.

Worst of all, I worry that Stern’s reported lobbying efforts to sway the NBA Board of Governors’ vote might portray him as a hero or guardian angel in Sacramento. And I worry that he’ll be lauded in Charlotte for awarding them an expansion team in 2004 after the Hornets left town. And that he’ll be praised in New Orleans for using league money to keep a team there before it could find a local owner.

In the end, I worry that Stern will be remembered for making up for his past mistakes when the biggest – most drastic and hurtful one of all – was left unresolved.

David Stern was a manipulator who made his owners and himself a whole lot of money. His missteps may or may not register as a blip on the national portrayal of his ultimate legacy.

But to me, Stern will never be forgiven in Seattle.

He’ll always be the man who threw out the baby – and kept the bathwater.