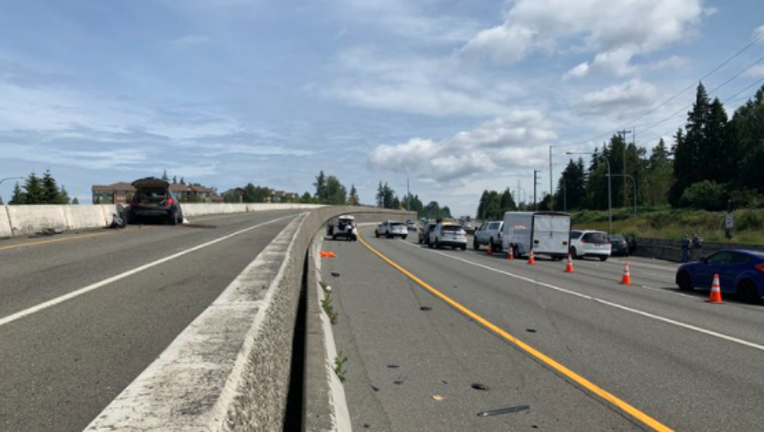 LYNNWOOD, Wash. - Northbound lanes of I-5 are blocked in Lynnwood after a two-car DUI crash.

Washington State Patrol said one person was driving under the influence and crashed into another car. The collision has blocked the left two lanes, and traffic is being diverted while troopers investigate the crash.

The driver suspected of causing the crash is in custody for driving under the influence, and the passengers of the other vehicle were taken to the hospital for possible injuries.

RELATED: Northbound I-5 reopened near Mountlake Terrace after fatal crash

RELATED: WSDOT: Plan ahead for a weekend packed with sports, local events, construction

Units are still active on the scene working through the incident, Trooper Jacob Kennett advised people to be cautious throughout the area.

Washington State Department of Transportation reported that traffic is currently moving through on the rightmost lane at 164th St SW. The roadway is expected to be partially blocked for some time while troopers investigate. Backups have stretched roughly three miles, WSDOT said.

Drivers are encouraged to use alternate routes.