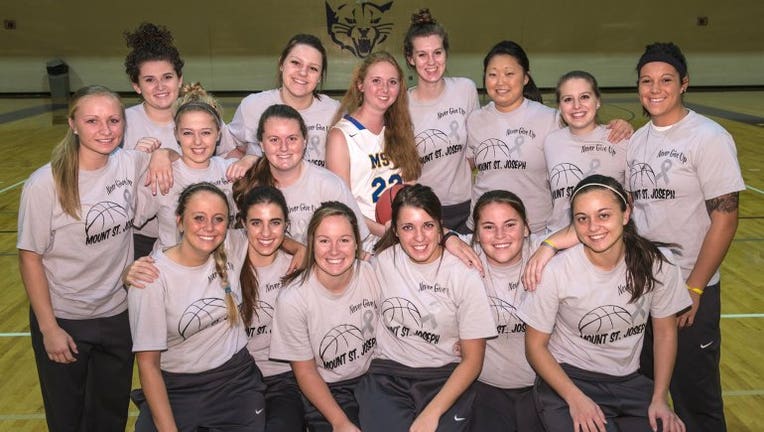 Lauren Hill (center), 19, an incoming freshman at Mount Saint Joseph University, was diagnosed with a brain tumor in 2013. Having until December, 2014, to live, and wanting to make her college basketball dream come true, the NCAA allowed the school t

CLEVELAND (CNN) -- A terminally ill basketball player in Ohio will get a chance to make her dreams come true with her first college game.

Lauren Hill, 19, an incoming freshman at Mount Saint Joseph University, was diagnosed with a brain tumor last year. Her diagnosis came during her final year of high school.

A few weeks before she found out, she'd signed up to play basketball at Mount Saint Joseph.

Undeterred, she played ball in high school despite rounds of chemotherapy for her inoperable tumor, CNN affiliate WKRC reported.

"I never gave up for a second even when I got a terminal diagnosis; never thought about sitting back and not living life anymore," she told the affiliate.

Last month, doctors told her she doesn't have much time left to live. The university asked the NCAA if it can move its season opener by two weeks to November 2, according to the affiliate.

The answer was yes.

Hill will join her new teammates for her first college game against Hiram College. She plans to wear her No. 22 jersey.

Her first college game may be her last one.

Doctors have told her she only has until December to live, the affiliate reported.