No. 15 Oregon takes on North Carolina in the Holiday Bowl on Dec. 28 in San Diego. (FOX Sports)

Bowl season kicks off this week on FOX after a thrilling regular season of college football.

Fans of offense will enjoy this game because it features two of college football’s most dynamic passers in Oregon’s Bo Nix and North Carolina’s Drake Maye.

Both signal-callers finished the regular season with stellar numbers.  Nix passed for 3,388 yards, 27 touchdowns, and six interceptions, and Maye threw for 4,115 yards, 35 TDs, and seven interceptions. 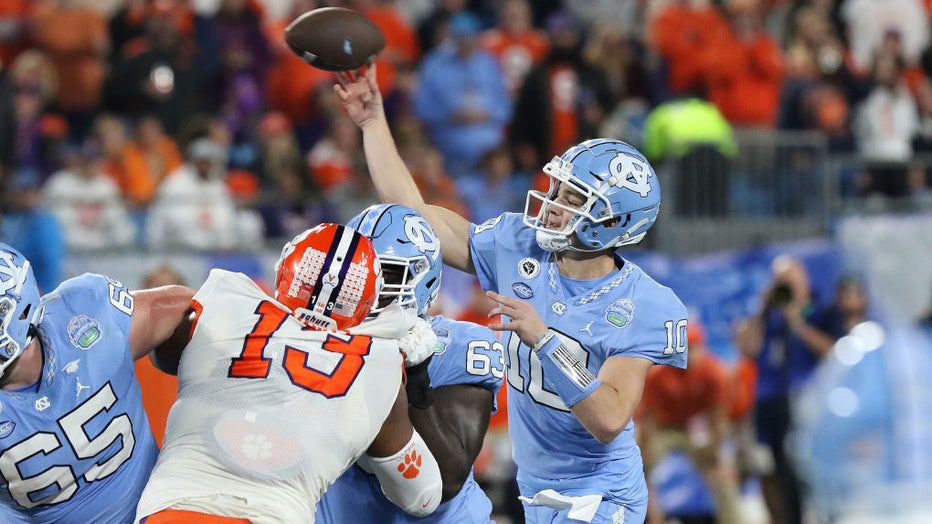 The Ducks and Tar Heels will play at Petco Park, the first football game ever played at the home of Major League Baseball’s San Diego Padres.

North Carolina won the ACC Coastal Division before losing to Clemson in the conference title game, while Oregon lost two of its last three games this season.