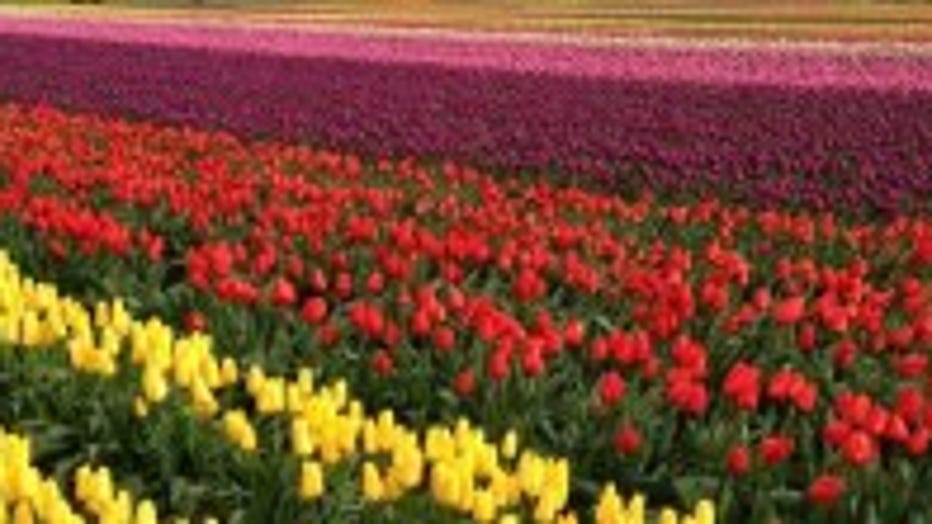 A cold and very foggy start for some areas in the lowlands of Western Washington. Near Olympia and the South Sound communites around Joint Base Lewis-McChord saw some of the thickest fog with near zero visibilty for many hours. Coldest temperatures this morning for the lowlands were around the Hood Canal. Some temps in the upper 20s reported from weather stations in Shelton and Bremerton. We could see this repeat again tomorrow for these areas.


Here's the good news though, we're going to be clearing things out later today for just about everyone-- as a brief ridge of high pressure tries to get us some mild afternoon conditions today and tomorrow. High temps around Seattle likely upper 50s. I'm forecasting a high of 59 if these clouds break up soon-- otherwise we'll end up cooler. Normal for this time of year is 58 for SeaTac. Bring a jacket if you're heading to the M's game as they start a series against the Detroit Tigers. Sunset might be 8pm-- but once that sun goes down, temps will rapidly cool that close to the water.

With the exiting unstable air mass-- there's still a NE upslope flow across Eastern Washington into the Cascades. That could be enough lift for Mother Nature to fire off a few showers and possibly some Cascade t-storms later this afternoon. Some of those showers might escape the mountains and make it over the SW Interior, though of the showers will be south of Snoqualmie Pass and into the Oregon Cascades.

Tomorrow looks to start out cold and foggy with some high clouds creeping back into the forecast for the second half of the day. Computer forecast models vary about the strength and arrival time of the next front. Some put a few showers onto the Coast tomorrow night and some rain early Thursday for Seattle. I'm tending to think we'll see a cloudy start to Thursday for the Puget Sound and showers arriving late afternoon/early evening. Showers and sunbreaks for Friday and some of that "rainbow weather" might last into Saturday. Temps back into the mid-50s. Sunday and Earth Day are looking drier and warmer with temps again rebounding to near 60. Enjoy! -Meteorologist Tim Joyce