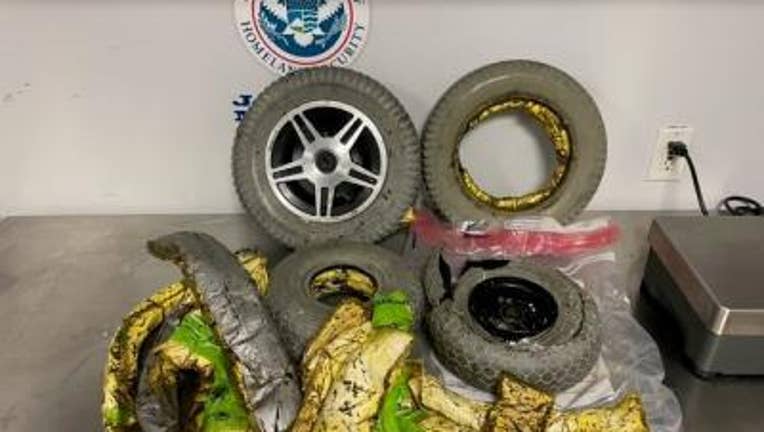 NEW YORK (AP) - Customs officers at New York’s Kennedy International Airport seized $450,000 worth of cocaine from a traveler who was smuggling the drugs in the wheels of her wheelchair, federal authorities announced.

The bust happened Nov. 10 when Customs and Border Patrol officers stopped a woman traveling from Punta Cana in the Dominican Republic with a wheelchair whose wheels weren’t turning, agency officials said.

The officers X-rayed the wheelchair and noticed an "anomaly" in all four wheels, CPB officials said in a news release. Officers checked the tires and found a white powder that tested positive for cocaine, they said.

The woman, a Dominican citizen named Emelinda Paulino De Rivas, was arrested on smuggling charges and turned over to Homeland Security Investigations. It wasn’t clear if she had an attorney who could comment.

"CBP stands steadfast and determined in working with our partners to identify the trans-national criminal networks responsible for importing these deadly drugs into our neighborhoods." Francis J. Russo, Director of CBP’s New York field operations, said. "CBP’s mission is to guard the borders and ports of entry 24/7, 365 days a year to prevent these dangerous drugs from potentially killing our family, friends, and neighbors."