Authorities seized more than 1,000 pounds of cocaine – valued at over $50 million – that was discovered in shipments of coffee bean bags delivered to a Nespresso plant in Switzerland.

The cantonal police were called to the company's factory in Romont on Monday after employees discovered "an undetermined white substance while unloading bags of freshly delivered coffee beans."

ILLICIT COVID-19 DRUGS BOUND FOR MEXICO SEIZED BY US AUTHORITIES

Police say the employees were unloading bags that had just arrived off of five shipping containers from Brazil.

Officers immediately responded to the factory to analyze the powder, which turned out to be 80% pure cocaine.

"The search of the five sea containers delivered on the day in question by train led to the discovery and seizure of more than 500 kg of this drug," police said. 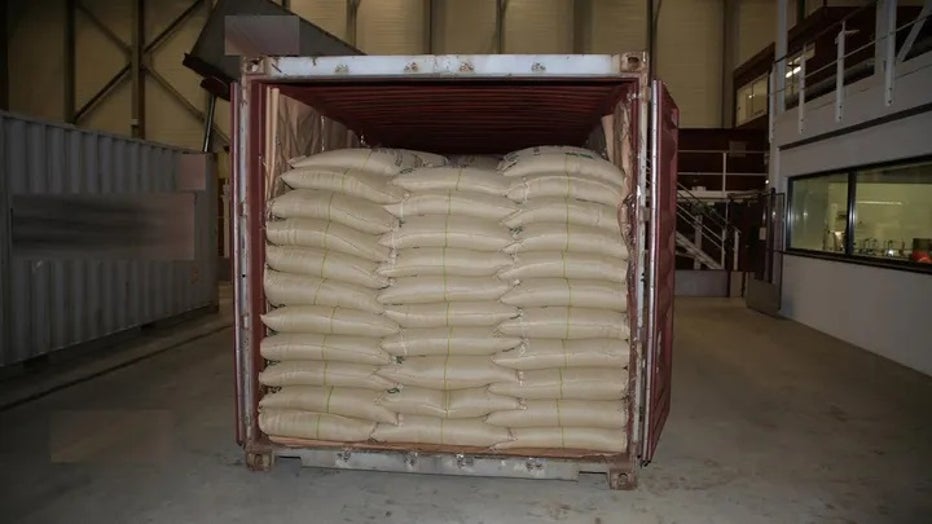 The market value of the drugs was estimated by police at more than 50 million Swiss francs, which is equivalent to $50.65 million. Police determined that the drug was likely intended for the European market.

The drugs were isolated and "did not come into contact with any product used in production," according to police.

A Nespresso spokesperson told FOX Business that it reported the "suspicious substance" immediately and that the "substance in question did not come into contact with any of our products or production equipment used to make our products."

The company declined to share more details while the investigation is ongoing. However, the spokesperson said the company has "strict quality controls in place for green coffee arriving at our warehouses right up to the finished product."

Nespresso said that "all our products are safe to consume."